The arrested fighters had been living in shelters in Adra city, before they were taken and interrogated by the security services writes The Syrian Observatory for Human Rights. 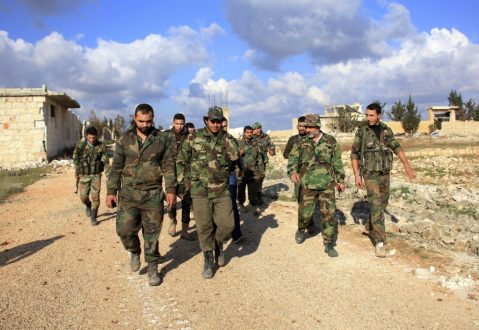 The month of November witnessed a major security campaign by regime security forces and the intelligence agencies in the eastern Damascus countryside. This campaign resulted in the arrest of dozens of former rebel fighters who were living in shelters in the city of Adra, east of the capital. The details of this security campaign, obtained by the Syrian Observatory of Human Rights, claim that Syrian regime intelligence officials arrested about 170 men at a shelter in Adra, with the assistance of former rebel fighters who took part in “reconciliations and settlements,” who informed regime intelligence about the presence of dozens of fighters who had fought against the regime, when rebels were in control of eastern Ghouta, and who then were able to flee through the crossings opened at that time by regime forces under Russian supervision.

The Observatory has learned from trusted sources that 170 people, have been taken to security branches, such as the Air Force Intelligence in Harasta and Military Security. They were tortured and interrogated for information regarding the locations of mass graves of regime fighters, as well as the locations of hidden and buried weapons in the towns and cities of eastern Ghouta. After the interrogations, regime forces took dozens of them who were described by the regime as “not involved in terrorist acts”, to the al-Dreij military barracks north of the capital, to recruit them into the ranks of the regime army and allied armed groups. Dozens of them remain under arrest, and they were taken to prisons after it was “proven that they were involved in terrorist acts,” according to the regime intelligence’s description.