It has been reported that British and French experts have been aiding terrorists to convert the drones for use in chemical attacks writes SANA. 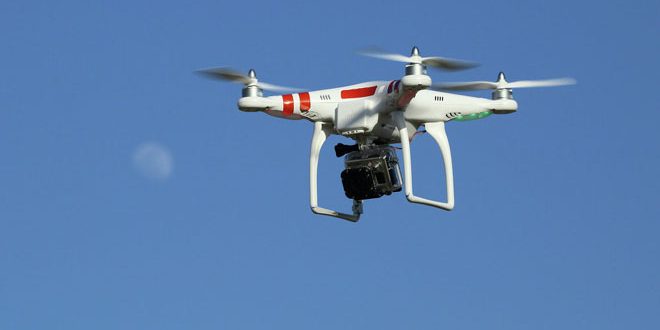 Jabhat al-Nusra terrorists have obtained 100 drones through a Turkish merchants, with the aim of carrying out chemical attacks from Idleb on civilians and Syrian Arab Army positions.

In a report published on Monday, Russian Sputnik Agency quoted local sources as saying that drones had been transported from Harem town, which is near the Turkish border, to one of the positions of Jabhat al-Nusra in Ma’ar Masrin town, about 9 km to the north of Idleb City.

The drones were handed over to Moroccan and Libyan terrorists, the sources added.

“Terrorists are working under the supervision of a British expert to make modifications to the drones to become lighter and to be able to carry small shells loaded with toxic chemical substances,” according to the sources.

On Aug 30th, 2018, Jabhat al-Nusra transported 200 drones from the Sarmada area in the Idleb countryside to one of its positions in the al-Muhandisin neighborhood in Idleb city as Turkish and Chechen experts made technical and electronic modifications to them. The drones had entered Syrian territory earlier from Turkey.

On Nov. 25th, 2018, local sources and media reports revealed that Jabhat al-Nusra transported about 50 missiles, which were modified by French experts at one of al-Nusra’s positions near Idleb Central Prison, and the heads of the missiles became loaded with chlorine gas and they were distributed among terrorist groups in the countryside of Idleb and Hama.