Following a vote by member states, the OPCW will now be able to investigate chemical attacks and attribute responsibility reports Hurriya Press. 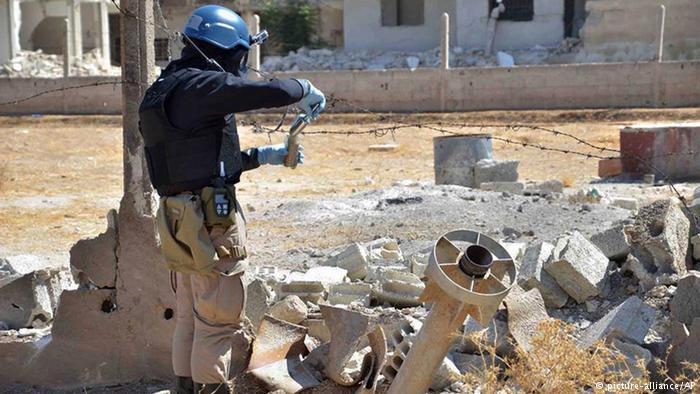 On Tuesday, the efforts of Russia and China failed to stop granting the Organization for the Prohibition of Chemical Weapons (OPCW) new powers to identify who is responsible for chemical weapons attacks, such as those carried out by the Assad regime in Syria.

This occurred during the 33rd Annual Conference of Member States in the Organization at The Hague in the Netherlands, where they approved the budget for 2019, which expanded its scope to include the new mechanism.

The member states in the organization voted after bitter exchanges against Moscow and Beijing’s efforts to appeal the decision taken in June to grant the organization powers that enable it to identify the party responsible for using chemical weapons.

These countries also derailed a proposal put forward by Russia and China to form a “group of experts” after saying that the West said that it would effectively impede the organization’s new powers.

In June, the member countries in the organization adopted a controversial decision to allow the group for the first time to identify those responsible for attacks, after it had previously only been able to confirm the use of chemical weapons.

After the vote on Tuesday with a majority of 82 votes to 30, the British ambassador to the organization, Peter Wilson, said on Twitter that, “A clear majority against an attempt to wreck the historic June decision.”

This is the first time the group has voted on the budget after Russia and Iran, who objected to the new powers, insisted on a vote.

The group voted with an 82-30 majority against the joint plan put forward by Russia and China to form an “open” group to study how the new powers would work.

A number of the countries supported the Russian-Chinese proposal, including Iran, Syria — represented by the Assad government — India, Pakistan, South Africa, Palestine and Cuba, as well as a number of former Soviet Republics in Central Asia.

The Palestinian decision to support Russia and China served as a vote in favor of the Assad regime, despite the fact that this is the first time they have participated in the general conference of member states.

The West had proposed to give the organization new powers to identify those responsible for using chemical weapons after a chain of attacks in Syria, as well as a nerve agent attack on the Russian double agent, Sergei Skripal, in the British city of Salisbury in March.

The organization says that it aims to form a team next year that can identify the parties responsible for all chemical attacks in Syria since 2013.

The team will be allowed to attribute responsibility for attacks in other areas if requested by the country where the attack occurred.