In a move welcomed by the regime, the United Arab Emirates will be the first Arab country to reopen its embassy in the capital reports Ana Press. 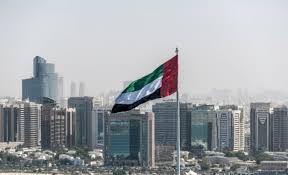 The Syrian regime has commented on reports that an Arab country is moving to reopen its embassy in Damascus and to operate on Syrian territory, in statements delivered by Deputy Foreign Minister Faisal Mikdad.

According to the statements, carried by the pro-regime Al-Watan newspaper, on Sunday, “Damascus welcomes any step that can be taken in this regard,” in reference to the reports which have said that the United Arab Emirates will return to open its embassy in Syria.

He continued: “We welcome any step to return all the Arab countries who closed their embassies. The decision to reopen the embassy concerns the Emirates, who are a sovereign country and they will be the ones to announce and broadcast this news.”

According to Al-Mayadin, informed sources have said that the United Arab Emirates have asked a number of its former Syrian employees to resume their work. The Russian Nevavisimaya Gazeta also said that there is an Emirati diplomat living in Damascus with permanent status, adding that Emirati delegations are regularly visiting the Syrian capital.

In a related context, the same newspaper quoted the charge d’affaires of the Egyptian embassy in Syria, Mohamed Sarwat Saleem, as saying that: “Syrian-Egyptian relations are excellent.”

He added—according to the newspaper—that his country “was always in support of finding solutions to Arab crises.” He said, “We believe that with a political solution in Syria, things will be better. The solution will have positive effects on all matters, including the role of the Arab League in Syria.”

In another context the regime’s Deputy Foreign Minister said that, “The campaigns, which Western countries are carrying out, have double standards.” He said that, “They want these refugees to return, but at the same time they do not encourage them to return. Their media agencies and some officials also broadcast propaganda so that these refugees do not return home, and they even exploit them politically, in order to achieve in politics what they couldn’t achieve on the ground. These countries also bear direct responsibility for the economic situation in Syria because of the harsh economic sanctions, which have prevented any of the necessary economic or development progress from being achieved.”