As temperatures in Syria fall, families are struggling to afford the fuel needed to heat their homes reports Zaman Al Wasl. 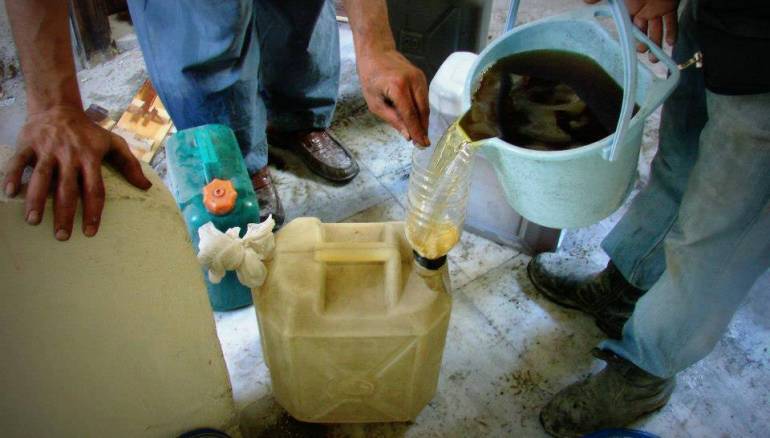 A recent rise in fuel prices has increased the suffering of people living in rebel held areas in northern Syria and forced low income families to make tough choices as the area experiences low temperatures and heavy rain, which caused flash flooding.

Mohammed Ba’aj, a resident of the town of Azaz near the Turkish border, says the price of fuel has jumped from 40,000 Syrian pounds per barrel to 60,000 pounds per barrel in just a few weeks, what has negatively affected poor families, who already suffer from harsh living conditions and economic hardship due to unemployment and a lack of income.

Despite the widespread use of firewood as alternative means of heating, a large number of these families were hoping to buy diesel to use for heating. There is less risk when using diesel and it ignites quicker, regardless of how volatile the weather is, Ba’aj said.

The increase in the price of fuel is due to the monopolies of war traders who hide fuel and sell it at high prices during winter, as well due to the imminent Turkish military operation in northern Syria against the Kurdish militias.

The de-militarized zone in northern Syria was announced by rebel backer Ankara and Damascus ally Moscow in September, and which aimed to separate government troops from rebel fighters in Idleb and adjacent areas.

Zuhair Mansour, a fuel trader in the town of al-Bab, says the main reason behind the high prices of fuel, is the greed of key traders and their monopolies. Noting that the fuel is the primary material for the production of diesel, which enters opposition areas from the Kurdish-held region of Manbij.

The price of diesel fuel has recently increased by 50%, and currently the price for one liter of of diesel is 300 pounds.

Hassan Khalil, a farmer in Gendriris town in the countryside of Afrin, complained that the high prices of diesel reflected on the cost of agricultural land, which had become 20,000 pounds per hectare, a 25% increase.

Khalil added that the new prices had caused an increase in tariffs for public and private transportation, electricity subscriptions, as well as some food commodities, including bread.