Demands to know the fate of the missing, condemnation of US attacks, regime assaults and reconstruction efforts. Catch up on everything that happened over the weekend. 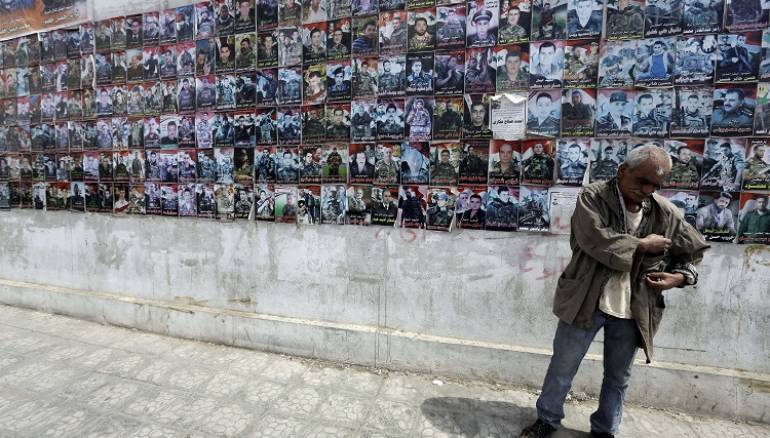 1. Pro-regime activists called on army officials to reveal the fate of 10,000 army troops who disappeared or were detained by rebel factions across Syria during the almost eight-years of war. Zaman al Wasl reported that the call followed the liberation of 19 women and children held by the Islamic State, in a military operation in southern Syria, that triggered celebrations in the Druze stronghold of Suweida province.

2. On Saturday, the Foreign Ministry said that the heinous crimes committed by the illegal US-led International Coalition against civilians in Hajin village, 110 km to the east of Deir ez-Zor, exposes once again the United States’ false claims of combating terrorism and demonstrates the Coalition’s reckless disregard for the lives of innocent people and international laws, SANA reported. The Ministry added, in two letters addressed to the UN Secretary-General and the President of the Security Council, that the US goal is to kill as many Syrian people as possible and inflict further damage to infrastructure. On Friday, US-led Coalition airstrikes killed 26 civilians including 14 children, in a holdout of the Islamic State (ISIS) in eastern Syria, a British-based war monitor said. Twenty-six ISIS family members including 14 children and nine women were killed in Coalition airstrikes on Friday morning on the town of Hajin, according to the Syrian Observatory for Human Rights. A Coalition spokesman did not immediately reply to a request for comment.

3. On Thursday night, Syrian regime forces killed 22 rebels near Idleb province, the last rebel-held region in Syria, which is subject to a recent truce. Fighting, according to Al-Araby al-Jadeed, erupted when regime troops seized a position in a rural area in the north of neighboring Hama province that had been held by the Jaysh al-Izza group, the Syrian Observatory for Human Rights said Friday. With Russian backing, Syrian regime forces have retaken much of the territory it had lost since the war began in 2011.

4. The local council of the town of Bennish in Idleb announced the start of registration for the rehabilitation of a limited number of damaged houses in the city as of Sunday. Smart News Agency quoted Abdulhamid al-Assaad, head of the city's local council as saying, "The Social Development International (SDI) will rehabilitate a limited number of damaged homes for needy families." Assaad noted that the number of houses covered in the operation may reach 250 houses, with the amount allocated for the restoration of each house to average 850 dollars. He added that the mechanisms for selecting the beneficiaries include ensuring that the owner of the house has proof of ownership and that the damage was caused by bombing, indicating that the registration will begin on Sunday in the local council.

5. A Syrian man in Arizona is appealing against his federal conspiracy convictions for making circuit boards that were used to remotely detonate roadside bombs in attacks against US soldiers during the Iraq War. Asharq al-Awsat said that lawyers for Ahmed Alahmedalabdaloklah filed a notice of appeal after he was sentenced to life in prison this week. Prosecutors say Alahmedalabdaloklah made circuit boards for a group that claimed responsibility for 230 attacks against American soldiers in Iraq.