Russia has said that knows that European states have aided and abetted in the movement of components for chemical weapons into Idleb writes SANA. 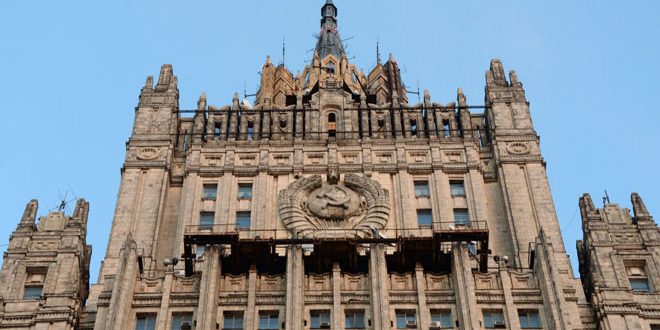 “Many things in Idleb may now come to light. Deliveries of components for chemical weapons from European states were carried out there. It will all re-emerge again soon,” said Vladimir Yermakov, the Director of the Department for Arms Non-Proliferation and Control at the Russian Foreign Ministry on Tuesday.

Yermakov affirmed that this system is defensive and that the US “intentionally lies” when it says that by supplying Syria with this it threatens the security of the US.

He added that the S-300 system, which Syria will be supplied with, will be able to cover all Syrian airspace when it is necessary to do so.

He indicated that the pretexts of those who previously demanded that Syria not be supplied with these systems are no longer convincing, and that it is the right of any state to provide military- technical assistance to its partners.