Over half of the Syrian refugees in Lebanon live in extreme poverty reports Zaman Al Wasl. 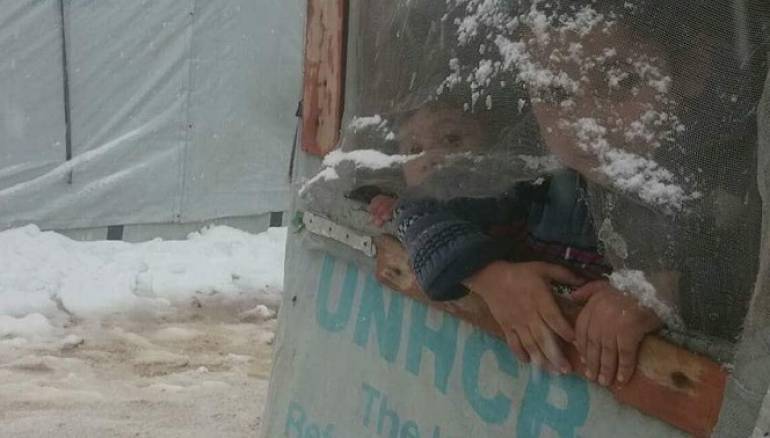 The UNHCR stressed that the financial assistance in Lebanon, sponsored by the World Food Program (WFP), has been allocated to assist the most economically and socially vulnerable families to afford their basic needs.

According to a statement issued by UNHCR, the displaced families receive 260,000 Lebanese pounds ($ 173.5) per month, in addition to $27 per person provided by WFP.

UNHCR considers that the most vulnerable groups are often families that are unable to cover the basic needs of the family, such as food, healthcare, medicine and rent.

The UNHCR had warned earlier that the change to aid would take place in November 2018. Text messages would be sent to families that were due to receive financial and or food assistance starting in November.

UNHCR explained that WFP had not reduced the total number of families receiving financial assistance, but said the organization gave priority to those currently identified as the most vulnerable.

Most Syrian refugee families in Lebanon suffer catastrophic physical, health, economic and educational conditions during winter, which is approaching.

In its January 2007 report, the High Commission classified Syrian refugees in Lebanon as the poorest refugees. 58% of Syrians in Lebanon live in extreme poverty (less than $ 2.87 per person per day).

Over the past few months, about 5000 Syrian refugees, mostly from the western Qalamoun region, have returned to Syria, after the Lebanese security services ensured their safe transfer from Arsal to the Lebanese-Syrian border.

According to the United Nations, the Syrian conflict has displaced more than 6 million Syrians abroad, with more than half displaced to Turkey and most of the rest split between Lebanon and Jordan

Thousands of Syrians are unable to return to their homes because they were destroyed in the fighting, or because they fear military conscription or the retribution of regime forces.

But the tough retractions and a mounting arrest campaign by the Lebanese security services have pushed hundreds of refugees to move back home as fighting in Syria subsides.

A survey made by Zaman al-Wasl on a random sample of 210 refugees in the camps of Arsal, showed that 92% of the refugees had refused to return, while 8% had agreed to return to towns that they described as safe in western Qalamoun.

The appeal reflects the regime's growing confidence after more than seven years of war.

Syrian refugees in Lebanon have called on the UN refugee agency to protect them from the abuses of the Lebanese security services, who have used the identity of UNHCR employees to trick refugees in its latest arrest campaign.