The Turkish President has warned of a massive humanitarian disaster if the regime's planned assault goes ahead writes Anadolu Agency. 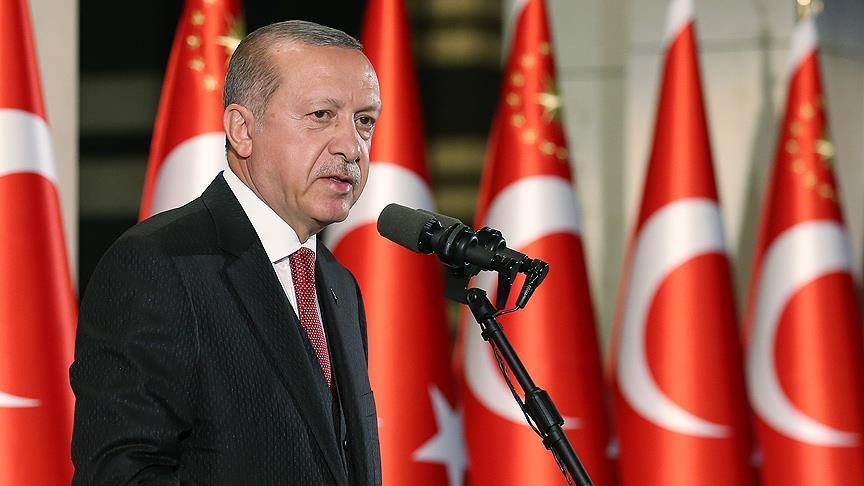 On Monday, Turkey’s President urged the international community to be aware of its responsibilities in Syria as an assault on Idleb looms.

Recep Tayyip Erdogan evaluated the latest developments in northwestern Idleb province and Turkey’s position on the matter in an article he wrote for The Wall Street Journal.

“All members of the international community must understand their responsibilities as the assault on Idleb looms. The consequences of inaction are immense,” Erdogan said in the article titled ‘The World Must Stop Assad’.

Erdogan also said the Syrian people could not be left to the mercy of the Assad regime.

“A regime assault [in Idleb] would also create serious humanitarian and security risks for Turkey, the rest of Europe and beyond,” he added.

"As a result of the Syrian civil war, which the United Nations Human Rights Council calls ‘the worst man-made disaster since World War II’, millions of innocent people have become refugees or have been internally displaced," he said.

He also recalled Turkey's role in protecting the Syrian people, as it hosts the largest number of refugees in the world, at 3.5 million.

Erdogan said despite being the target of the Islamic State and the PKK, Turkey did not lose its resolve to help Syrians.

"We have brought the Syrian opposition to the negotiating table in Geneva and launched the Astana process alongside Russia and Iran," he said, adding Turkey consequently managed “to broker ceasefires, create de-escalation zones and evacuate civilians from areas under regime attack".

Erdogan warned that the Assad regime was preparing to launch "a massive offensive against Idleb" where some 3 million people live and is one of the last few safe havens for internally displaced Syrians.

"In an attempt to prevent the assault, my government contributed to the creation of a de-escalation zone and set up 12 observation posts to document and report ceasefire violations," he said.

Stating that the Syrian regime was trying to legitimize its possible attack on the pretext of counterterrorism, Erdogan said no country would appreciate the need to combat terrorism better than Turkey, as it has been the target of terrorist attacks since the beginning of the Syrian conflict.

Erdogan said the US, which is focused on chemical attacks by the Assad regime, needed to “reject its arbitrary hierarchy of death”.

“Conventional weapons are responsible for far more deaths,” he said.

He also said that stopping the “next bloodshed” in Syria was not only the West’s obligation, but Turkey’s partners in the Astana peace process – Russia and Iran – were also responsible for preventing a “humanitarian disaster”.

Erdogan called for “a more comprehensive international counterterrorism operation” to eradicate terrorists and extremists in Idleb, stating that certain designated terrorist groups were active in the area.

"Idleb is the last exit before the toll. If the international community, including Europe and the US, fail to take action now, not only innocent Syrians but the entire world stands to pay the price.

"Turkey has done everything in its power to stop the bloodshed next door. To ensure that we succeed, the rest of the world must set aside narrow self-interest and throw its weight behind a political solution," he said.

The Syrian regime recently announced plans to launch a major military offensive in Idleb, which has long been controlled by various armed opposition groups.