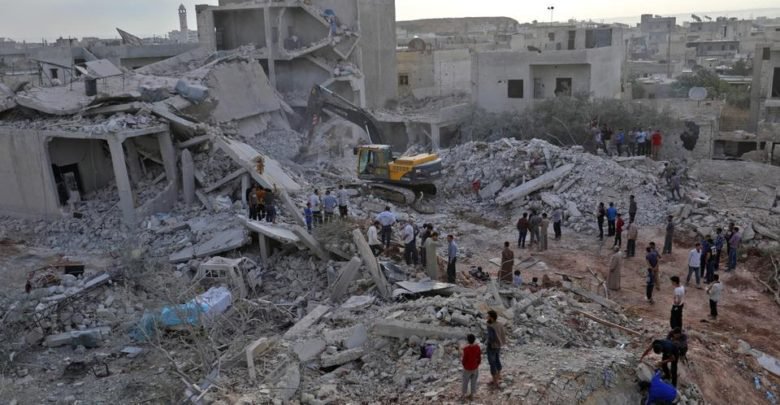 In the Hama Province, a military leader of the National Liberation Front and one of his escorts were killed in a rocket shelling carried out by regime forces on the road between Jabal Shashabo and Qalaat al-Madiq northwest of Hama.

Two bodies were found on the road between the city of Al-Bab and the village of Al-Rai in the northeastern countryside of Aleppo. It turned out that they were fighters of the Sultan Mohmmad al-Fatih brigade, and that they were shot dead by gunmen believed to belong to YPG cells.

Meanwhile, five fighters were killed in clashes between, on the one hand, Al-Hamzat Brigade and the Sultan Murad Brigade, and on the other Jaysh Usud al-Sharqiya (Lions of the East Army) and Ahrar al–Sharqiya, after a disagreement on the smuggling road leading to the Turkish border in the area of Afrin.

The Syrian Observatory for Human Rights also learned that the Islamic State (ISIS) executed four unidentified persons and that the execution was carried out at noon on Sunday 9 September, in ISIS controlled areas in Al-Susah in the eastern part of the Deir-ez-Zor countryside. The bodies were crucified but their identity and the reasons for their execution are still unknown.

Also, at least five members of ISIS and a fighter from the Syrian Democratic Forces were killed during clashes between both parties in the desert of Deir-ez-Zor.

Finally, three non-Syrian ISIS members were killed in clashes and bombing by warplanes and helicopters and shelling on areas of their presence.