The Free Syrian Army has destroyed a number of bridges to slow down the progress of the regime army, which is expected to attack in the coming days reports Hurriya Press. 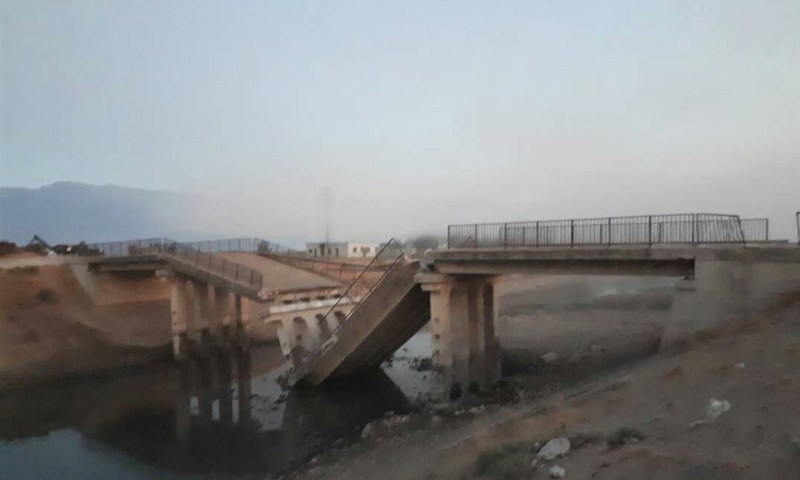 Free Syrian Army (FSA) groups continued preparations for an expected attack by Assad’s forces on the fronts of the western Hama countryside, by blowing up more bridges which connect the areas under their control to regime-controlled areas.

On Wednesday, the National Front for Liberation blew up the bridges in the villages of al-Tuweina and Beit al-Ras in the al-Ghab Plain in the western Hama countryside, which is the main connecting point between the regime and rebel controlled areas.

The blasting of the bridges comes as a “precautionary step” by FSA groups with the aim of obstructing the advance of Assad’s forces and militias toward the liberated areas east of the al-Assi River in the western Hama countryside.

The blasting of the two bridges coincides with increasing expectations that Assad’s forces will embark on a military attack aiming to take control of Idleb province, considered the last stronghold of the Syrian revolution controlled by the opposition.

The explosion of the Tuweina bridges came a week after rebels destroyed two bridges in the towns of al-Shreea’ and Beit al-Ras in the al-Ghab Plains, using a large amount of explosives.