The Syrian National Coalition has warned of a humanitarian disaster if the regime and its allies for forward with their planned assault. 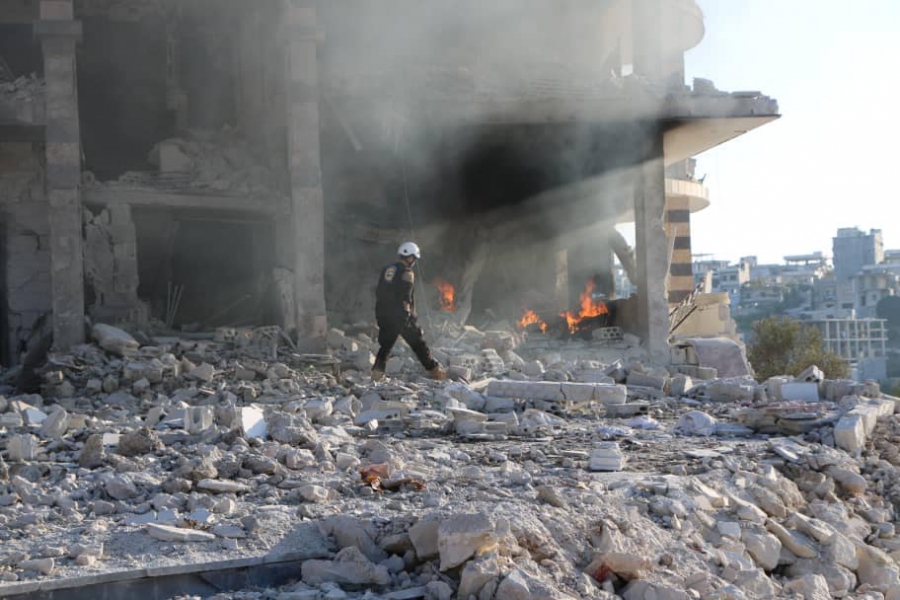 The Syrian National Coalition called upon the international community to deal seriously with situation in Idleb province and prevent further crimes against civilians by exerting pressure to ensure full compliance with the de-escalation zones agreement in Idleb.

In a press release issued on Wednesday, the Coalition condemned the criminal bombardment, carried out by the Russian occupation and the Assad regime's warplanes, targeting more than 20 towns and villages in Idleb province on Tuesday. The airstrikes killed at least 14 civilians and wounded dozens more.

The Coalition warned against inaction by the active international players towards the renewed bombing campaign, especially with regards to the protection and safety of civilians.

“We call upon the international community to send a clear, strong message rejecting any justifications for violating the agreement. Action needs to be taken to ensure the protection of civilians and to prevent any attempts to justify the forced displacement or targeting of civilians in Idleb.”

The Coalition reaffirmed its rejection of any attempts to justify these attacks, stressing that the facts showed that the Free Syrian Army groups were the first to confront and fight terrorist organizations across Syria.

“Indeed, Syrian civilians have been the number one victim of the actions of those organizations which the Assad regime helped emerge and grow,” the Coalition added.

The Coalition reiterated, through words and deeds, “its outright rejection of the existence of extremist organizations or sectarian militias in any part of Syria, stressing the need for their immediate withdrawal from Syria and for ending all forms of foreign occupation of the country.”

The Coalition called on the UN Security Council to take immediate action against this escalation and to urgently adopt a resolution condemning Russia's crimes against the Syrian people.

“The UN Security Council is obliged to force Russia to stop its aggression and its crimes and those of the Assad regime as well as to ensure full implementation of all resolutions on Syria, most notably resolution 2254.”