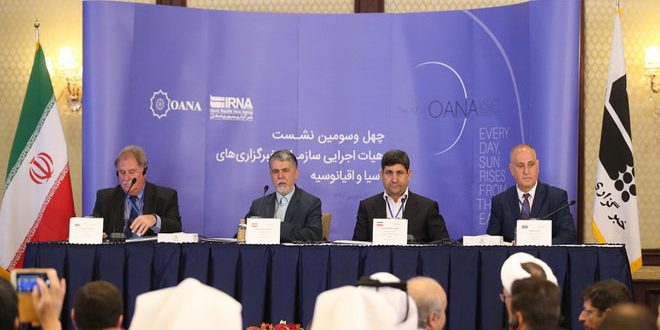 Ahmad underlined the necessity of paying attention to national news agencies and developing them by exchanging experiences and holding specialized courses, in addition to benefiting from modern technology.

The two sides agreed on forming a joint work team to set a practical vision on enhancing cooperation and exchanging expertise between the two agencies.

Talks during the meeting underlined the importance of depending on the national agencies as a basic source of news and of strengthening the credibility of media work, particularly in light of the growing role of the social communication forums, which don’t adhere to the ethics of media work.

The agenda for the Executive Committee of the Organization of Asia-Pacific News Agencies (OANA) was also tackled during the meeting as both sides agreed on developing work and increasing the exchange of news between the agencies that are members of OANA in order to face the Western media, which targets the peoples of the region and their countries.

Tehran is hosting the 43rd OANA Executive Board Meeting between Sep. 2-4, 2018, with the participation of the Syrian Arab News Agency (SANA) represented by its director-general.