Explosions were heard across the capital, which military sources claimed were a result of a blast at an ammunition depot reports SANA. 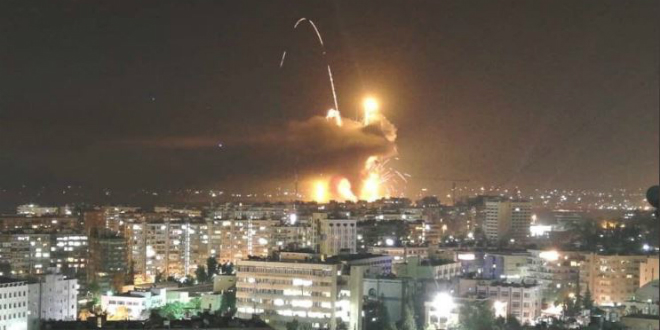 A military source said that there was no Israeli aggression launched against the al-Mezzeh Airport on the western outskirts of Damascus last night.

In a statement to SANA, the source said the explosions heard in Damascus were due to an explosion at an ammunition depot near the airport which was caused by a short circuit.

After midnight, explosions in the western part of Damascus City were heard across the city and media outlets and social networking websites said that they were due to an Israeli aggression on al-Mezzeh Airport.

At least two sources have confirmed that the explosion came as result of an Israeli strike. The London-based Syrian Observatory for Human Rights’ Rami Abdel Rahman told AFP news that the explosions were caused by a “possible Israeli missile, which hit a munitions store, setting off successive explosions.”

Pro-Iran al-Meyadeen Lebanese network also reported that the explosions were the result of five Israeli missiles hitting the base.