The US State Department has denied reports that American officials met with the regime to discuss an Iranian withdrawal and chemical weapons writes Syria TV. 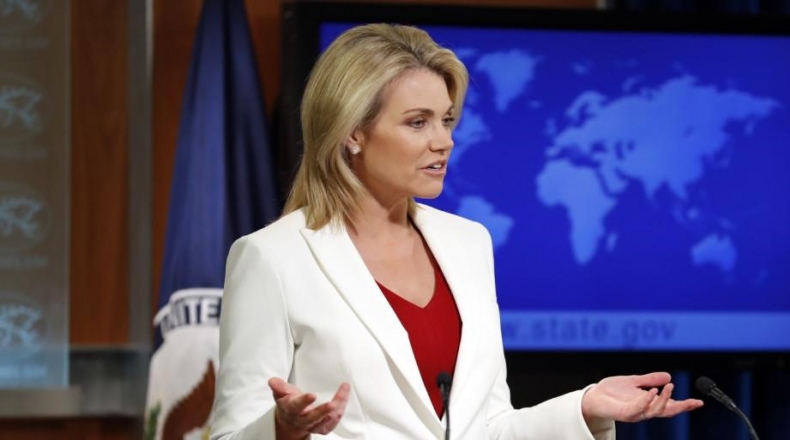 US State Department spokeswoman Heather Nauert denied a report that spoke of a visit by American officials to Damascus in June to meet with “regime” officials, while the Russian Foreign Ministry also cast doubt on the reports discussing the visit.

Nauert said that: “It doesn't reflect any reality that we are aware of," adding that, "We've seen that report. It doesn't reflect what the US government is tracking at this point … I am not aware of any meeting to that effect."

The Lebanese Al-Akhbar newspaper, which is close to Hezbollah, had reported that an American delegation including officials in the intelligence and security councils had visited Damascus in June and met with the head of the National Security office in the Assad regime, General Ali Mamlouk.

According to the report, during a meeting that lasted four hours near the Damascus international airport, American officials and Mamlouk discussed the issue of expelling the Islamic State from Syria and the Assad regime’s use of chemical weapons, and its stockpile of those weapons, including chlorine, in addition to the fate of the journalist Austin Tice, who officials believe is being held by the regime and its allies.

The report said that the American delegation gave a clear proposal regarding Washington’s readiness to pull its troops out from Syrian territory, including the Al-Tanf base and the area east of the Euphrates, according to arrangements supervised by Russia, in exchange for the full withdrawal of Iranian militias from Syria. However, Mamlouk said that the Assad regime would not cooperate with Washington in security issues before the restoration of political relations, calling for American forces to withdraw fully from Syria.