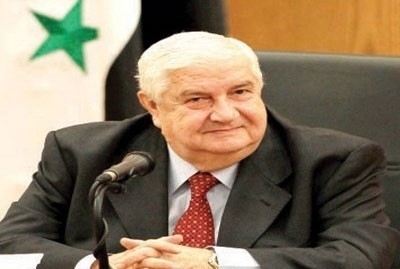 In a letter to his Algerian counterpart Mourad Medelci on Sunday, Minister of Foreign Affairs Walid Muallem, said that ''Syria has followed with attention the achievement of the Algerian army in confronting the terrorists who attacked Algerian economic facilities to incite problems in Algeria.''

Muallem voiced solidarity of the Syrian leadership and people with Algeria in confronting and eliminating terrorism, stressing that ''the battle against terrorism is inseparable, whether in Algeria or in Syria that is facing the same terrorist groups who seek disintegration and backwardness in our nation.''

He expressed Syria's strong condemnation of all parties involved in funding and arming these terrorist groups.