Syrian opposition leader Soheir Atassi of the Syrian National Coalition grouping said on Thursday she was rejoining the body a day after abruptly "freezing" her membership. 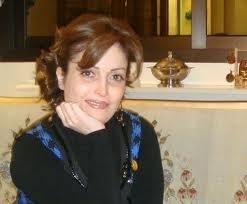 Syrian opposition leader Soheir Atassi of the Syrian National Coalition grouping said on Thursday she was rejoining the body a day after abruptly "freezing" her membership.

"The main reason I froze my participation is the failure of organizational work and the lack of professionalism," Atassi wrote on her Facebook page.

"I canceled my decision… (and) I announce that I am resuming all my responsibilities… after serious and in-depth discussions suggesting a significant change that I demanded," she wrote.

Atassi's decision to freeze her membership in the coalition came shortly after the body elected Ghassan Hitto to serve as Syria's first rebel premier, tasking him with forming an interim government.

Hitto's election, and the move to form a government, were opposed by some Coalition members, around 10 of whom joined Atassi in announcing they were suspending their membership.

But Atassi backs the forming of an interim government and emphasized on her Facebook page on Thursday that she continued to support the process "as an institutional way of serving the revolution."

Atassi, 41, has become an icon of the Syrian uprising. She is the co-founder of the Syrian Revolution General Commission network of activists, and has a background in civil society.

There was no indication that the other opposition figures who had suspended their Coalition memberships were reconsidering. They included several members who walked out of the Istanbul Coalition gathering in protest at Hitto's election.

Hitto was elected premier by 35 of the 49 Coalition members participating in the vote on Tuesday morning.

Born in 1963, he is seen by some opposition figures as the Muslim Brotherhood choice for premier, but is also known for his humanitarian work and has lived in the United States for decades, working as an IT executive.