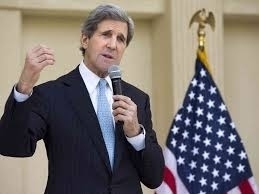 Syria's main opposition group on Sunday welcomed a decision by Arab and Western governments to boost their assistance to rebel fighters but said more such moves were needed to end the suffering of the Syrian people.

"The Syrian National Coalition thanks the [Friends of Syria] countries for their decisions, and welcomes the assistance that they pledged," the group said in a statement.

Foreign ministers of the “Friends of Syria” group agreed a plan to provide military aid to the Syrian opposition on Saturday, in order to redress the power balance in the country and force President Bashar Al-Assad to respond to peace efforts by the US and Russia.

Qatari prime minister and foreign minister, Sheikh Hamad bin Jassim Al-Thani, said the meeting made “secret decisions as to the practical steps to be taken to change the situation on the ground in Syria,” adding: “we think the international community is not doing enough on this issue. We hope the international community wakes up after confirmation of the use of chemical weapons by three countries; the US, Britain and France.”

Sheikh Hamad, was quoted by Asharq al-Awsat as praising what he called the awakening of the French, American and British positions, after confirming Syrian regime use of chemical weapons. He added that a political solution was the preferred option, not military intervention.

US Secretary of State John Kerry said the “international community was determined to end the violence in Syria and to support the opposition to reach a peaceful solution,” adding that the Doha meeting provided a good opportunity to help the Syrian people achieve freedom.

Kerry was quoted by Asharq al-Awsat as saying Washington was moving ahead with providing the opposition with sophisticated weapons to achieve a balance of power between Assad and opposition forces more favorable to bringing about a political solution to the conflict.

He refused, however, to disclose the types of weapons the Americans would provide to the opposition, but insisted that Washington was eager to ensure that the weapons would not reach extremist groups.

Sheikh Hamad bin Jassim echoed Kerry’s comments, saying: “We have to be firm . . . we have to provide all types of support to the opposition forces to enable them to reach their legitimate goals.”

The foreign ministers, meeting in the Qatari capital Doha, also criticized Hezbollah’s military intervention in Syria, and emphasized that military aid was not an alternative to peace efforts.

Kerry said “the intervention of Hezbollah and Iran is a dangerous development,” adding that Hezbollah was acting as an agent for Iran in the region and that it was classified as a terrorist group.

While Britain has not yet officially decided to arm the opposition, Foreign Secretary William Hague said “we will not reach a political solution if Assad and his regime think they can destroy the legitimate opposition by force.”

French Foreign Minister Laurent Fabius said his country had provided the Syrian opposition with treatment for the Sarin nerve gas. On Iran and Hezbollah’s role in Syria, Fabius said “Hezbollah’s has played a very negative role, especially in the attack on Qusayr. We are against internationalizing the conflict, so, we call on Iran and Hezbollah to end their interference in this conflict.”

The Syrian opposition umbrella said "more steps of this decisive nature remain necessary, in order to end the conflict quickly, to stop Syrians' blood from being spilt, and to make sure their aspirations are fulfilled."

The National Coalition said that it regretted that the decision to boost assistance to the rebels had not come sooner.

It said "thousands of… lives could have been saved," had the decision been taken earlier.