Issam Zahreddine has a reputation as a savage thug 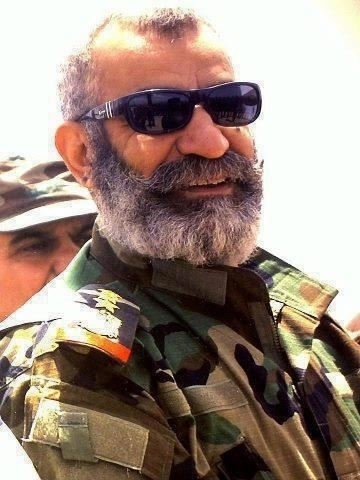 Pro-Assad's social media pages circulated a message addressed to Assad asking to oust the commander of military special operations in Aleppo, Brigadier Mohammad Khaddour, after a series of heavy defeats saw some 23 troops killed in the city and its countryside.
Assad supporters urged immediate action.

"We need a man with brave heart, not like Khaddour," a statement on one of the sites read.

That man appears to be Zahreddine, one of the Republican Guard pillars, known for his savage and brutal reputation. The appointment is designed to improve the morale of Assad fighters in Aleppo.

In May, a leaked video was posted on YouTube by activists showing Khaddour next to the Governor of Aleppo Mohammad Wahid Akkad, in a meeting with  pro-Assad "shabbiha" militia in the Shiite villages of Nubul and Zahra.