Abdulke has held dozens of art exhibitions and published hundreds of cartoons, many of which are critical of the Syrian regime and the Assad family 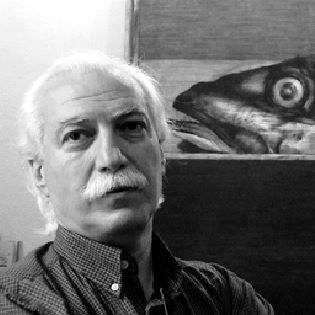 The Syrian authorities have arrested a renowned dissident and left-wing artist,Youssef Abdulke, whose paintings and cartoons are widely recognized in the Arab world and Europe.

Abdulke, 62, was arrested together with two left-wing activists, TawfiqAmran and Adnan Abbas, in the port city of Tartous on Thursday. All three are  leading members in the Communist Action Parties and the National Coordination Commission (NCC), an umbrella group for several opposition factions inside Syria.

Abdulke is a former prisoner of conscience. He was imprisoned in the late 1970s and when released, continued his higher education at Les Beaux Arts, Paris.

He has held dozens of art exhibitions and published hundreds of cartoons, many of which are critical of the Syrian regime and the Assad family.

Syrian and Arab intellectuals expressed their anger against the Syrian regime and called for his immediate release.

The arrest came within a new campaign of arrests of non-violent critics of PresidentBashar Assad, the NCC said in a statement on Friday.
Abdulke returned to Syria before the revolution, and when most intellectuals left the country, he decided to stay and work from inside.

The other two activists have also been arrested several times by the Assad regime.

Opposition groups say several other civil rights activists have been arrested this week, in what they say is a sign that the Syrian government is ramping up pressure on those who eschew violence and advocate peaceful resistance to Assad.

The new campaign came as news was leaked from inside Syrian prisons that a reknownopposition leader had died in prison under torture.

The reports said that Abdulaziz al-Khayer, a leader of the NCC, had been killed under torture in prison.

Khayer, who comes from a respected Alawite family from the same hometown of Assad, was kidnapped ten months ago by Air Force Intelligence after his arrival from Beijing after making an official visit to China and Russia for the NCC.

Abdulke has been frequently compared to Pablo Picasso for a famous painting he completed in  1970 which was then compared 'Guernica' by Picasso.