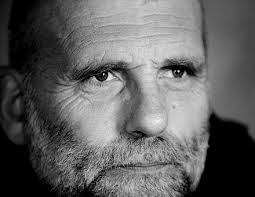 Members of the Islamic State of Iraq and the Levant kidnapped Father Paolo Dall’Oglio while he was walking in the city, which had fallen under the control of militant Islamist brigades, according to Reuters.

Syrian authorities expelled Dall’Oglio from the country last year after he helped victims of Assad’s military crackdown from a monastery in the Anti-Lebanon mountains north of Damascus.

The Vatican has expressed serious concerns about the personal safety of Father Dall’Oglio.

"Usually, when he is in Syria, we speak over the phone," Nuncio Msgr. Mario Zenari told Asia News."So far I haven't heard from him at all. I only learned the news this morning and I am shocked. We will have to wait to see if it is true."

According to some agencies, Fr. Paolo entered Syria through the north, in an area controlled by the rebels and was kidnapped in Raqqa, by fundamentalist groups, part of the group for the Islamic State of Iraq and the Levant, enemies of Assad.

"I'm surprised,," adds the nuncio, "that this happened to him. He is known in those areas, and enjoys some respect in rebel held areas."

Since 1982, the Roman born Jesuit of 58 has worked for the restoration of Catholic monastery Mar Musa (Monastery of Saint Moses the Abyssinian), in the desert north of the Syrian capital, establishing a monastic community open to dialogue with Islam . At the outbreak of the so-called "Arab Spring" in Damascus, Fr. Dall'Oglio took a position that was critical of the Assad regime and so, in 2011, Damascus decreed his expulsion, which took place later in 2012. Since leaving the Country, Fr. Dall'Oglio has often returned to the north controlled by the Syrian rebels.