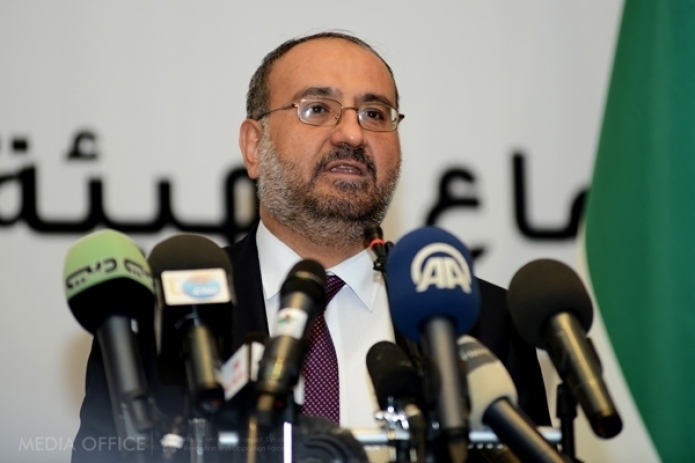 The General Assembly of the Syrian National Coalition of Syrian Revolution and Opposition Forces elected Ahmad Tomeh on Saturday to form the Syrian Interim Government, the coalition said in a statement.

“The Coalition expresses its confidence in the new leader and wishes him success in carrying out his duties to meet the aspirations of the Syrian people,” the statement said.

In a speech following his election, Tomeh said: “We have been waiting for this moment for a long time. This government has been formed help us accomplish the goals of the revolution, and it will set the stage for our second independence.”

He said the new government “will work on the ground to support the efforts of the Supreme Military Council in organizing and developing military institutions. It will support and provide humanitarian access and workers to ensure delivery of assistance to those in need. It will lay the foundations of effective national institutions. It will restore order and security, protect people's property, revive the economy and invest in national resources to serve the welfare of the Syrian people,” he continued.

In his first interview after he was elected, Tomeh told Reuters that the opposition faced the “ideological challenge” of convincing many who joined Al-Qaeda to leave the group.

“If they refuse, then we will look for all ways to guarantee the security of the people and their livelihood and a dignified living,” Tomeh said.

He said many of the ranks of Al-Qaeda affiliates in Syria did not have a deep attachment to the group, and joined because it provided them with weapons to fight Assad’s forces and helped local communities with bread and basic staples.

“They became susceptible to the idea that religion cannot reign unless there is a religious state. This is not what Islam says,” Tomeh said.

Tomeh will start talks in the next few days to name his ministers, a process expected to take weeks. The government then plans to move into northern Syria, despite the risk of air strikes and shelling by Assad's forces.

But other opposition factions were not happy with the forming of an interim cabinet.

Hassan Abdel Azim, chairman of the National Coordination Commission for Democratic Change confirmed his strong rejection of the formation of an interim government in exile or in northern Syria.

Abdel Azim said in a statement to "All4Syria" : "our position is clear and based upon the rejection of the basic idea regardless of our negative assessment of  Ghassan Hito, because he wasn’t in Syria, or our positive assessment of Dr. Tomeh."