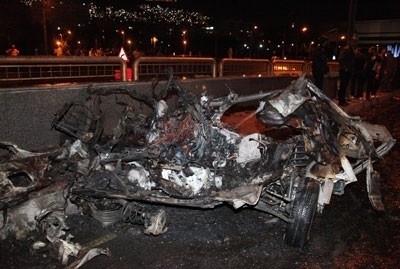 Four citizens were killed and many others were injured by shells launched by terrorists on residential areas in Damascus and Homs on Saturday.

An 8-year girl was martyred while 11 other civilians were injured, including women injured by a mortar shell fired by terrorists on Saturday near Dar al-Salam School in Damascus.

A source at Damascus Police Command said that the shell damaged the supermarkets and a number of cars at the site.

The source added that another mortar shell fired by terrorists landed on a building in al-Najmeh Square in Damascus, causing structural damage.

Health Minister, Saad al-Nayef, visited the injured citizens and stressed that the terrorists have targeted secure areas congested with people near Dar al-Salam, the Latin Church, al-Isaaf Mosque, and the Health Ministry.

In a separate incident, three citizens were martyred and many others, including women and children, were injured after terrorists fired a shell on al-Adawyeh neighborhood in Homs.