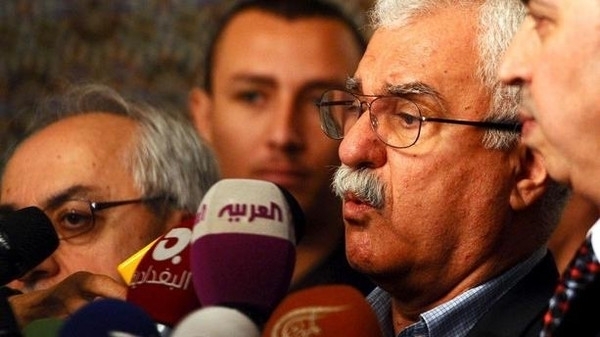 A key opposition group, the Syrian National Council, will send its participant list for theGeneva peace conference to the Coalition. This comes after the Council proclaimedon October 13 that it would not attend the proposed peace talks and would leave the Coalition if the Coalition participated, according to news site Zaman al-Wasl.

The list includes names of those detained by the Assad regime, including Anas al-Shoghari, Hussein Harmouch, Islam al-Dabbas, and Faeq al-Mir, in addition to the names of 50 martyrs.

The source said this step was in solidarity with Syrian detainees and [aimed] to remind the world of the martyrs and prisoners of the Syrian revolution.

[Regarding the Council’s previous announcement attending the peace talks,” Council President George Sabra had told AFP that, "This means that we will not stay in the Coalition if it goes."

The Syrian National Council, one of the most important members of the Syrian opposition, has long said it will not negotiate until President Bashar al-Assad's regime is toppled.