SNHR reported the killings included 175 civilians, among them 41 children, 23 women, and 4 prisoners tortured to death in Assad’s prisons 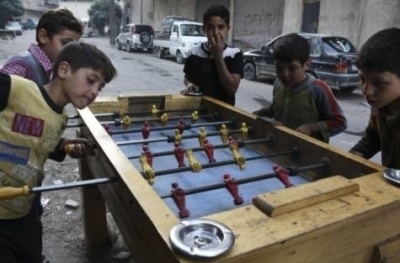 The Syrian Network for Human Rights has documented the killing of 267 people during the major Muslim holiday of Eid al-Adha, with an average death rate of 67 victims per day.

SNHR reported the killings included 175 civilians, among them 41 children, 23 women, and 4 prisoners tortured to death in Assad’s prisons.

The high proportion of murdered women and children is the most notable characteristic of the Eid death toll. SNHR said, ''this is more proof that the government of Bashar Al-Assad has no respect for the holy Eid. [This] demolishes all the Syrian government’s claims and notions that they are fighting Al Qaeda, terrorism, and extremists.”

SNHR is a neutral human rights group and do not belong to any political faction or party. They have almost 100 members deployed in various Syrian governorates.