One battalion announced its defection from Tawhid 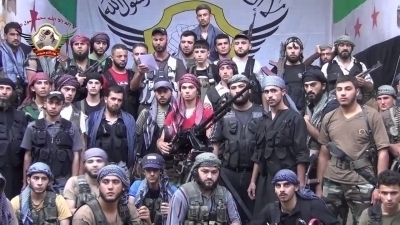 The Islamist Tawhid Brigade has dismissed six rebel battalions over breaches of Islamic law, as well as accusations of corruption and disobedience.

In a statement issued by the brigade’s general leadership and obtained by Zaman al-Wasl, the reason behind the expulsions was mounting breaches committed recently.

The al-Safwa battalion, meanwhile, has declared its defection from the Tawhid Brigade, a Zaman al-Wasl source confirmed. The source said the Islamic brigade respected the decision of Safwa, but “hoped it would return to Tawhid.”

Abdullah Salqini, an expert in Syria's fighting factions, said the defection was a response to increasing complaints against the Tawhid Brigade over corruption and poor leadership, as well as abuse of power, especially regarding aid distribution.

The Tawhid Brigade was created in July 2012 through the merger of a disparate collection of militias from the Sunni Arab countryside surrounding Aleppo. Soon afterwards, the group led the charge into Aleppo city itself, but became bogged down during the Autumn of 2012 after some initial victories.

The brigade remains the dominant force in the Aleppo region, although it also has small affiliates elsewhere. It demands some form of Islamic governance, but says that religious minorities should be treated as equal citizens.