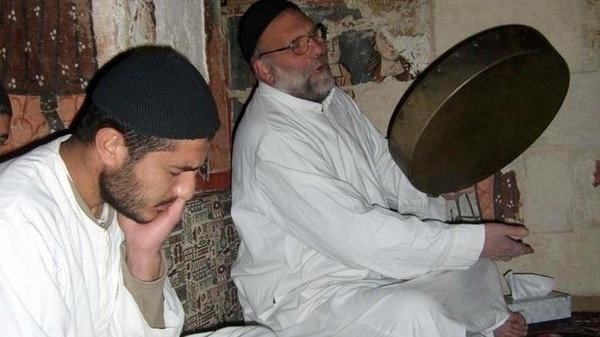 Activists across several countries announced 29 January, 2014 as a day for Father Paolo Dall'Oglio who disappeared six months ago during a visit to Raqqa to talk with the Islamic groups there.

"The main goal for this initiative is to remind people of his disappearance and to make the case of Syrian detainees, who have been captured either by the regime or the Islamic State of Iraq and Greater Syria, an important and necessary issue," said Yahya Hakkoum, one of the founders of the initiative.

The event involves gatherings at specific locations, with people asked to hold the photo of Father Paolo and other Syrian detainees.

Meanwhile, the Tahrir Suri Media Group on Thursday published a rare photo of Father Paolo sitting among Muslims and chanting with them. Many considered the photo a sign of the father's broad popularity.

A journalist reported that Father Paolo once asked him:"Can you help me get Syrian nationality? This is the only thing I want. I am Syrian and I want to die Syrian".

The disappearance of Father Paolo is still considered a mystery, but veteran dissident Michel Kilo said recently he has information confirming that Paolo is still alive, reviving the hopes of many.