Four people were killed in the attack in Adra 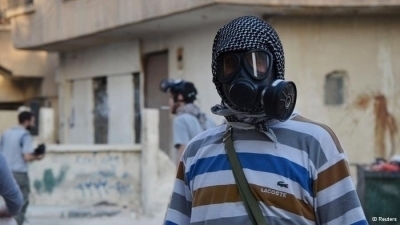 Field sources have confirmed that the nerve agent sarin was used by Bashar Assad's forces in an attack on the Islamic Front in Adra city, near Damascus on Sunday, leaving four rebels dead and twenty affected.

The attack last summer that killed more than 1,400 people was the world's worst human rights violation of 2013, the U.S. administration said last week.