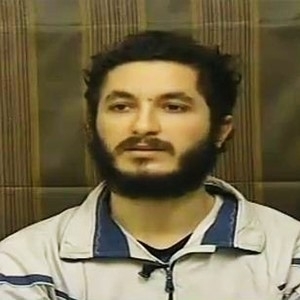 Syrian regime’s satellite television program 'Al-Ain al-Sahira ('The Watchful Eye) broadcast on 5 March what it claimed were confessions from owhat it called a "terrorist gang" of “fabricating misleading news” to be circulated on what it described as “tendentious channels”.

The program, which was broadcast from the headquarters of the Criminal Security branch in Bab Mosala, in Damascus, showed interviews with  a number of civil activists: Mariam Hayed, a volunteer at the Syrian Arab Red Crescent and a student of Education at Damascus University and born in Atarib, Aleppo in 1991, Shiyar Khalil, a journalist and a journalism student at Damascus University and born in Afrin, Aleppo in 1985 and Hazem Waked, a postgraduate Fine Arts student, who was born in Swaida in 1988.

The detainees' relatives and friends, contacted by the VDC, confirmed that they had received information from the Criminal Security Branch saying that the detainees were exposed to beatings and torture and were forced to make fabricated confessions.

Hayed, they said, had never engaged in the revolutionary peaceful activities. Rather, her activity was limited to providing psychosocial support for children. Nevertheless, as she was coincidentally at the house that was stormed by security forces at the time, she was detained along with activist Hazem Waked.

Khalil is a media activist who was arrested with a number of other activists from Sarujah Cafe in April, 2013 by the Palestine Branch of intellignec, asubsidiary of the Military Intelligence Division. He was tortured severely and systematically by the members of that branch, then, three months after, he was transferred to Adra Central Prison. During the interview, he was forced to say that he went to the Criminal Security Branch voluntarily after the branch authorities asked him, in spite of the fact that they brought him from Adra Central Prison themselves.

Sources said there are serious concerns about the life of activist Mehran Abdulaziz Lyoon, from Douma in Damascus, who was referred to as an “Islamic extremist" who wants to establish a caliphate state in Syria. He was arrested for the second time, along with his brother, Yasser, on 7 January, 2014, during their displacement from the city of Adra al-Omalia. Their father had also been detained by regime forces for 18 months, despite having no extremist affiliations, the sources said.

This is not the first time the criminal Syrian regime’s media forced detainees to appear on television to provide fabricated confessions. As if torture and ill-treatment the detainees in the regime’s detention centers were not enough, they are also being used to spread these lies and propaganda.

The VDC deplores and condemns these meager ploys by regime channels to broadcast confessions, surpassing all moral and humanitarian limits. It demands the immediate release of the three activists, and holds the Syrian regime fully responsible for their safety and lives, especially the detainees Mehran Iyoon and Yasser Iyoon. It also calls on all international organizations and bodies to intervene to protect the detainees in question and immediately release them as well as other tens of thousands of detainees.