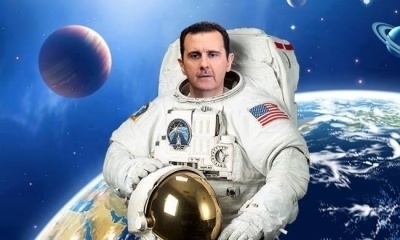 Syria's government on Tuesday decided to establish a "space agency" to conduct scientific research despite the civil war that has torn the country apart and devastated its economy.

State news agency SANA said the cabinet had approved a project to create the so-called Syrian Space Agency, "with the goal of using space technology for exploration and observing the earth."

SANA said the government hopes to employ such technology "in the service of development."

The three-year civil war has destroyed the economy and seen Western sanctions slapped on Damascus, raising questions about how Syria would fund the new research initiative.

Prime Minister Wael al-Halqi had earlier estimated that the country had suffered $31 billion in damage from the war, a figure nearly equivalent to its GDP.

He did not say whether he was referring exclusively to property damage or to some broader measurement.

The Economist Intelligence Unit has forecast that GDP will reach $34 billion this year.

Syria's uprising began in March 2011 in the form of peaceful protests against President Bashar al-Assad but escalated into a full-blown insurgency after the regime launched a brutal crackdown.

Over the last three years, an estimated 146,000 people have been killed and millions have fled the country. AFP