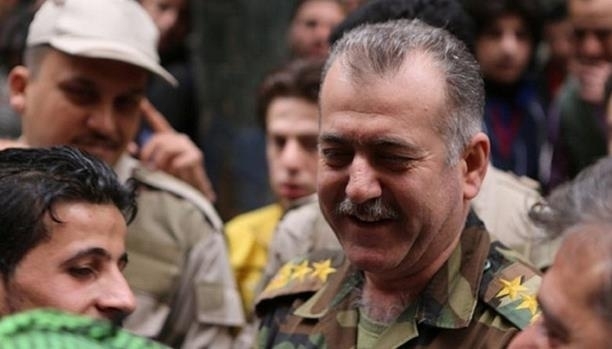 The conviction of the son of Aleppo has not changed. The former commander of the Military Council in Aleppo, Colonel Abduljaber al-Uqaidi, who resigned after admitting that he was not able to deliver the required weapons and ammunition,still believes that fighting is the only way to get rid of the regime of President Bashar Assad.

Uqaidi has not changed his conviction that miracles have been achieved with the rebels' light weapons and modest ammunition.

In an interview with al-Arabi al-Jadid, Uqaidi confirmed that Aleppo will witness upcoming victories, pointing out that the rebels have altered their strategy in various areas. Especially in geographically exposed areas, a new strategy is being deployed in fighting that relies on hit- and-run tactics and on establishing ambushes that incur massive losses to the regime.

"The factions operating on the ground now are the Army of the Jihadists, the Islamic Front, the Ninth Brigade, the Syrian Elite Forces, the Nusra Front, the Dawn of the Levant, Ansar al-Khilafa, the Brigades of Ibn Taymiyyah, and many smaller factions that operate faithfully on various fronts," Uqaidi explained.

He said that the United States and Russia have agreed on the continuation of the war in Syria on the basis of no winners and no losers, even if the war lasted ten years.

He concluded by saying "the Syrian people today are watching and they will punish everyone who didn’t work well," adding that the solution is that all the honest people on the ground should form a revolutionary military body inside Syria, that will oblige the supporters to take a clear position of support towards the revolution and dry up the sources of support which had established the phenomenon of warlords, and will effectively launch the support for a national army project.

Regarding providing the opposition with qualitative weapons, Uqaidi said that "unfortunately the international decision is clear, and the United States and Russia have agreed on the continuation of the war in Syria on the basis of no winners and no losers, even if the war lasts ten years. They know that miracles have become true with the rebels light weapons and modest ammunition, and most of these weapons and ammunition have come from the regime and its warehouses, which were heaped for half a century – so imagine if we had qualitative weapons?"

"A senior official in one of the friendly countries told me literally that if the required qualitative arms were provided to the opposition forces in Syria, they would have reached the presidential palace in Damascus within a month."

As for the battle of the coast, Uqaidi said that it was "a quantum leap" in the conflict with the regime. It embarrassed the regime, as well as Russia and Iran. The operation was a surprise and it revealed the precise capabilities of the Jihadists in planning. "It contributed to the equation of balance of terror and power, and it will dramatically decrease the pressure on the rest of the provinces. The operation is going to evolve and expand, and I consider it the primary major battle in Syria."

As for his relationship with the Syrian National Coalition, Uqaidi described it as "natural" that it is not good, "because it is a sterile political body and it doesn’t meet with the high expectations of Syrian people and their great revolution."

"We hear about the differences and rivalry among Coalition members, because of the narrow interests of most of them, more than we hear about their political achievements. I declared this position early and many times, especially after Coalition's interventions in the military institution, which led to the occurrence of large cracks and splits. On the day Yabroud fell, I wrote that "if we continued the fight with this Coalition and these staff, cities will fall one after the other."

As for his relationship with the opposition's interim government and its president Ahmad Toumeh, Uqaidi said that he respects Toumeh "but he cannot move one step forward because the Coalition puts its sticks in his wheels; they do not want him to succeed because it is not in their interest to form a government and establish institutions."