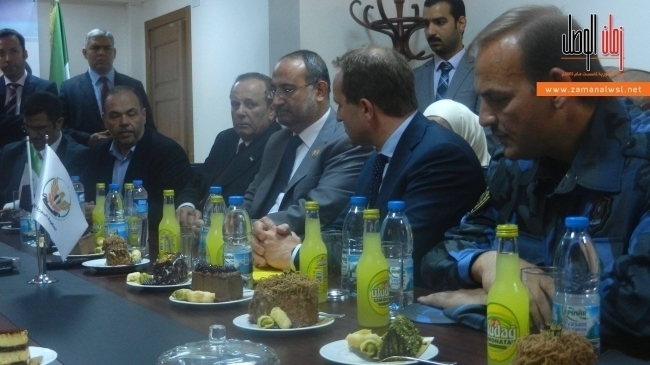 The Foreign Minister confirmed to Zaman al-Wasl that EU countries do not deal with the Assad regime, but coordinate with the Interim Government and the Syrian National Coalition.

He said it would be difficult these days to open the Syrian Embassy in Denmark, as the government has not been elected by Syrian people.

He also expressed his satisfaction with the Coalition's performance at the Geneva II conference compared to Syrian regime’s.

The Danish Foreign Minister anounced that EU countries would not recognize the upcoming presidential election, and declared that he consider the Interim Government and the Syrian National Coalition are the representatives of Syrian people.

At a press conference, the Foreign Minister confirmed his meeting with the president of the Interim government, the liberated Aleppo Governor and the head of Aleppo’s Police in Gaziantep to find ways of supporting police forces in Aleppo.

The head of Aleppo police confirmed that the Danish government supported the police forces with 66 police vehicles, as part of the support provided by the “Friends of the Syrian People" countries.

The Foreign Minister also confirmed that European countries do not provide any military support to the Interim Government, only non-lethal equipment.

Lidegaard declared that they cannot recognize any official documents like University certificates or passports, issued by the Interim Government as it is not an elected government and the international community cannot accept opening opposition Syrian Embassies for the same reason.