Restlessness is growing as the city bleeds its young soldiers 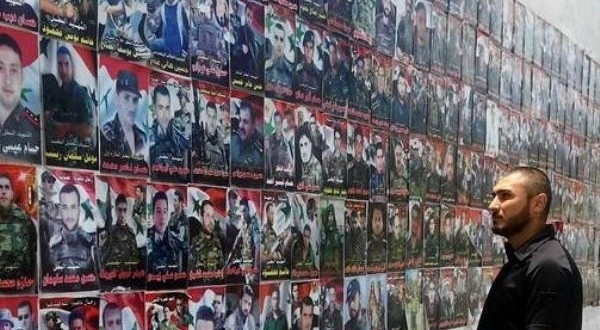 Between what the Syrian Observatory for Human Rights says, that half of the 61,000 of the regime forces killed in the conflict are from Tartous, and what the governor of the city says, that the number does not exceed 4,000, with about 2,000 missing, the coastal governorate with the Alawite majority clearly remains the most important human reservoirs for Assad's army and his Shabbiha.

The only city that competes with Tartous in the number of killed soldiers is the nearby city of Jabla, which mediates the way to Latakia, and is close to Qardaha, the hometown of Bashar Assad.

The people of the city, along with pro-regime Facebook pages, have described the arrival of the bodies of about ten people from the province each day. The bodies of soldiers and Shabbiha who have died in battles against the rebels in different parts of Syria, arrive to the airport of Hamim.

Despite the fact that the city has remained outside the scope of military operations for more than three years, and turned into a shelter for thousands of displaced people from other provinces, the conflict remains a strong presence in the city through the tears of the victims and their children.

The situation has reached a dangerous degree of restlessness, discontent, and sometimes panic, caused by the bleeding of human resources from the province, especially the youth. This restlessness has become public, reflected in comments and views on the pages of social networking sites and news concerning the province, almost without exception. Those sites recently circulated information regarding the opening of a new cemetery for regime soldiers, added to the hundreds of other cemeteries across the Syrian territory. Its only advantage is that its location and inhabitants are known, unlike dozens of mass graves still surrounded by mystery and secrecy.