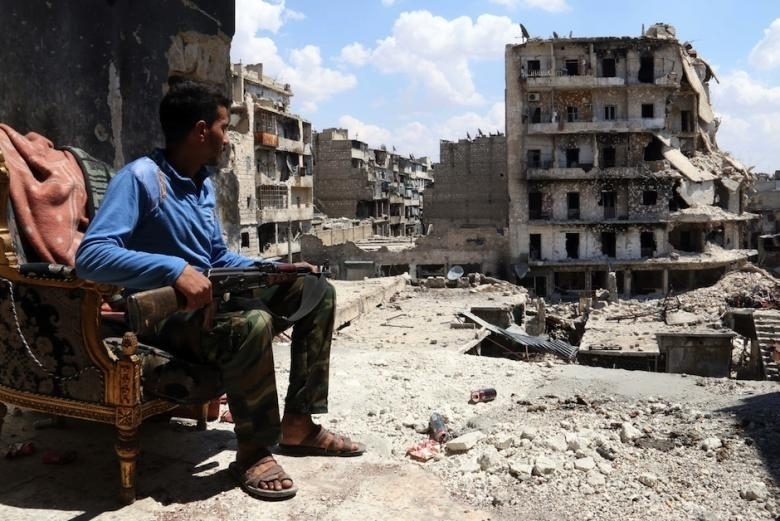 As the efforts for a political settlement falter and the war continues, more economic and social losses are being registered. The latest was a report issued in Damascus.

Damascus: An independent research center estimated Syria's economic losses in the first three years of the crisis at $143.8 billion, which is equivalent to 246 percent of the GDP in fixed prices in 2010. A report issued today by the Syria Center for Policy Research, in coordination with the United Nations Refugee Works Agency (UNRWA) and the United Nations Development Program (UNDP), found that "demography and human geography within Syria has undergone a radical spatial remapping as the population was hollowed out by 12 per cent by the end of 2013. Almost half of the population (45 per cent) fled their normal place of residence."

"63 per cent of the community of 540,000 Palestine refugees in Syria have fled their homes, with 75,000 of them again fleeing as refugees. Half of them (270,000 persons) were internally displaced within Syria. By the end of 2013, refugees from Syria were the largest refugee population in the world," the report continues.

The report confirms the social catastrophe in Syria saying "Syria has become a country of poor people afflicted by a ruinous descent into poverty, whereby three in every four Syrians lived in poverty at the end of 2013, with more than half the population (54.3 per cent) living in extreme poverty where they were unable to secure the most basic food and non-food items required for the survival of their households. Some 20 per cent of the population survive in abject poverty where they were unable to meet their basic food needs, with the abject poor in conflict zones and besieged areas facing hunger, malnutrition and starvation."

Syria has become a country of poor people afflicted by a ruinous descent into poverty, whereby three in every four Syrians lived in poverty at the end of 2013"The appalling loss of life is one of the most horrific aspects of the armed-conflict, with the death toll rising by 30 per cent to 130,000 deaths during the last six months of 2013. It is estimated that 520,000 persons – almost three per cent of the population – were maimed, wounded or killed in the conflict," the report adds. This is in addition to the sharp decline in education, health, and income, indicating that Syria had lost four decades in human development achievement.

The report explicitly accuses what it called "the various subjugating powers of oppression, fanaticism, and fundamentalism" of enforcing their "dominant positions based on violence that has wrought the current humanitarian and socioeconomic disaster through which ordinary Syrians struggle to survive today."

Regarding the economic effects of the crisis, the report referred to the spread of what it termed the "economies of violence." The armed conflict "spawned institutional distortions emerging from a new political economy that is creating economies of violence that flout human rights, civil liberties, property rights and the rule of law, with new political and economic elites using national and international networks to illegally trade in weapons, commodities and people…"

At the same time, the economic sector witnessed "massive de-industrialisation, business closure and bankruptcy, capital flight, as well as widespread looting and destruction of business and household assets." The crisis dramatically changed the structure of the GDP "with agriculture and government services together accounting for 50 per cent of total GDP in 2013," in comparison to 30.4 percent of the GDP in 2010, registering lower losses than the rest of the industries.

In light of these negative structural changes, unemployment soared to 54.3 percent, "or 3.39 million unemployed persons," the report indicated. "Some 2.67 million of these people lost their jobs during the conflict, with their loss of income impacting on the welfare 11.03 million dependents."

With the continued high rate of public spending and the significant decline in revenue and domestic production, public debt rose to 126 percent of GDP in the second half of 2013. "The government imported oil and basic commodities to alleviate shortages in the local market and to subsidise basic goods."