Consumer groups intervene to lower prices during the Holy Month 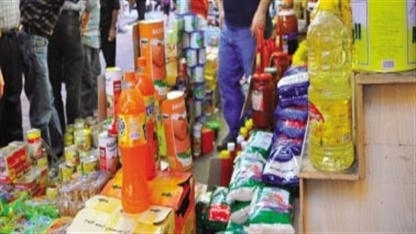 The Ministry of Domestic Trade and Consumer Protection has announced a number of measures to adjust prices during the month of Ramadan and to tighten and expand its control to include all markets.

The prices will be reduced due to the positive intervention.

The General Director of Consumers Union confirmed that sales will be made at wholesale prices during the holy month of Ramadan, and a food basket worth 24,000 Syrian Pounds will be made available for state workers at Ummayyad, Salihiyah and Ibin Asaker in Damascus, and Apamea in Latakia. There will also be a food festival in the Ummayyad Mosque compound.

The General Director noted that Alsaaour company for Industry and Commerce will cooperate with the Foundation of Storage and Marketing and Sondos Company, to offer food baskets during Ramadan at wholesale prices. 5% of the sale amount made on these baskets will be distributed to the families of the martyrs of the army.

The baskets have been divided to two kinds: The first includes 1 kg margarine, 1kg soy oil, 1 kg rice, 1 kg sugar and two cheese packets. These  baskets will be sold for 1,150 Syrian Pounds instead of the official price of 1,375 SP.

Storage and Marketing confirmed that it has started buying potatoes directly from production areas in the plains of al-Ghab and it will store huge quantities of potatoes in refrigerators to be pumped into the market in the coming period, in order to maintain reasonable prices. The foundations have also stored good amounts of red meat to be sold at the beginning of Ramadan in response to the strong demand fin that period.