Foley’s killer had been identified by the UK’s Security Service (MI5) and Secret Intelligence Service (MI6), but did not give further details 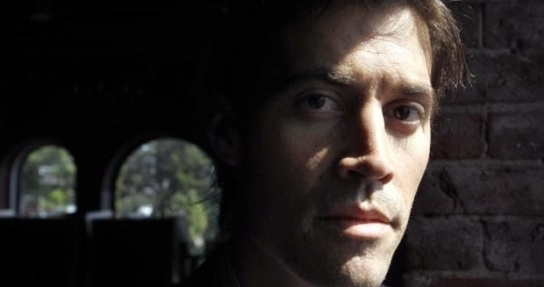 The British intelligence services have identified the killer of American freelance journalist James Foley, according to a British newspaper.

London’s Sunday Times quoted “senior government sources” as saying that Foley’s killer had been identified by the UK’s Security Service (MI5) and Secret Intelligence Service (MI6), but did not give further details.

A video that was posted on the Internet last week appears to show Foley being beheaded by a black-clad man with a British accent, in retaliation for US airstrikes on Islamic State of Iraq and Syria (ISIS) forces in Iraq. After the release of the video, British Foreign Secretary Philip Hammond said it was likely the killer was a British national, and vowed that the security forces on both sides of the Atlantic would begin working to identify and locate him.

So far, much of the speculation in the media has focused on Abdel-Majed Abdel Bary, a 24-year-old former rapper who reportedly traveled to Syria to join ISIS from his home in London last year.

London’s Independent reported on Sunday that he was one of several suspected British jihadists in Syria currently under investigation in connection with Foley’s murder.

Bary, the son of an Egyptian man extradited from London to the US in 2012 to face terrorism charges, became notorious earlier this year after he posted a photo on his Twitter account of himself in Syria holding a severed head.

Writing in the Sunday Times, Hammond said: “It is horrifying to think that the perpetrator of this heinous act could have been brought up in Britain. It is an utter betrayal of our country, our values and everything the British people stand for.”

He went on to outline steps he said the British government was taking to combat ISIS, including sending humanitarian and military aid to Iraq and attempting to prevent the radicalization of young Muslims in the UK, warning that “we are likely to be dealing with the enduring threat from Syria and Iraq for a generation.”

On Sunday, the British government also announced it was sending a military envoy, Lt. Gen. Simon Mayall, to Iraqi Kurdistan to “support Kurdish and wider Iraqi efforts to counter [ISIS] and work with Iraq’s leaders as they establish a unity government.”

In the same statement, the British government said it would also dispatch body armor, night vision gear, and other “non-lethal” military assistance to Iraqi and Kurdish forces battling ISIS, while Hammond said the Royal Air Force would soon begin flying arms and ammunition from eastern Europe to northern Iraq.