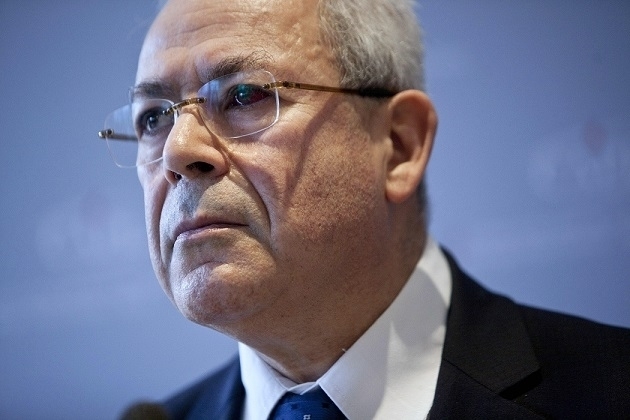 Following the pope's Syria envoy, Mario Zenari's statements about the the situation in Syria, Burhan Ghalioun, the first President of the National Council, has revealed that many attempts were made to meet with the Pope but went in vain.

“They did not want to give us any recognition that could have enhanced the Revolution’s democratic and humanitarian picture,” Ghalioun wrote on his Facebook page.

He accused the Vatican’s clerics of depriving the revolution from hope, like other countries, when they deprived it from arms, military and political support.

Ghalioun said he left no stone unturned in his efforts to meet the Pope, or even to have a photo with him.

“We had mediated with the former Italian Minister of Foreign Affairs, and other ministers in many countries, we sought help of religious figures and clerics,” he said.

“Young Syrians are gravitating towards the radical Islamic State due to a lack of prospects and the lure of financial support more than ideological conviction," the pope's Syria envoy said on Saturday in an interview with Radio Vatican.

Zenari said he believed that young militants rushing to join their ranks did not as a rule do so out of "ideological conviction".

Ghalioun said he regreted that Zerani’s position would have hugely benefited Syrians –  whether Muslims or Christians –  if they had been expressed three years ago, when the revolution was in need to show the world the real democratic demands of Syrians.

“How much that would have cut the way for the regime to use the minorities as a shield to fight the rest of Syrian people, how much those words would have stopped the extremist groups from attacking the minorities these days because of the apparent protection they have by the regime, which suspected their loyalty to their country,” Ghalioun said.

Ghalioun said that all opposition efforts to schedule with the Pope though the Vatican’s PR officer have failed.

The professor added that religious figures in Vatican think they help Christians in facing the uprising, which is of Muslim majority. He thinks that attitude is based on the fear of Islam which has increased as a result of equating rebellion, revolution, social and political conflict, with religious beliefs.