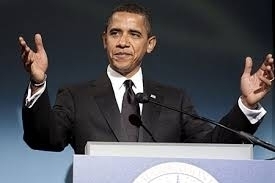 (An open letter to Barack Obama, the President of the USA)

I write to you because someone from the Middle East should say something to the president of the USA on the anniversary of the terrorist attack on 9/11/2011 against your country; and on the occasion of preparing yourself to launch a new war in our region.

Since the collapse of the Soviet Union, many warnings against the Islamic World came up, and there were many continual calls to nip the threat in the bud and to launch war under the pretext of fighting terrorism. Since then, violence and counter-violence have escalated in the region disastrously and seemingly endlessly. Can we have a chance to discuss your policy on combating extremism?  Can we think patiently about billion Muslims around the world? Are we still able to make a change?

Our land is the land of God messengers whose apparitions are still roaming the sky. It has always been the source of projects and great ideas that changed the world, and now its people are angry for the fact that they have gone backward in civilization and lash different components – subjective and objective ones- that are thought to be the cause of their retardation and weakness.

You would be surprised to find out that the first thing they targeted and considered as a reason for their retardation was Islam. When they discovered that this had not changed the reality, they attacked the different components of the eastern heritage. When their insurgency against their past failed to achieve the expected renaissance, they looked for different reasons like: the colonial game which divided their countries and over powered them, the international conspiracy illustrated by the establishment of the state of Israel that drained Arabs’ wealth through wars against it, and autocratic regimes supported by the West that suppressed their own people and made them vulnerable and disable, so they can rule and control them easily. Lately, we started a new phase of the struggle, which is defending the identity and specialty which the West wants to violate through imposing its pattern of civilization by globalization, which practical and technical results affect the whole world but us, where we only get its smart bombs.

Four years ago many revolutions started in the Arab world. They were like a collective rebellion of the youth in the region against the main reason of retardation which is autocratic regimes. The revolutionaries succeeded in toppling some regimes; however, having modest tools disabled them from finishing the process; and not getting supported by the free world made them stop in the middle and fall in failure and disgrace. So the wave of liberation reverted to themselves causing destruction and increased hatred towards the world because they thought that the world conspired against them to abort their dream, particularly when it remained silent and supported one of the most tyrannical and criminal regimes ever, which is the Syrian regime that did not hesitate to gas children to death with chemical weapons. Your attitude, you personally Mr. President, had the worst impact on the hearts of victims’ families when you accepted handing on the weapon as a good enough reason to forgive the criminal.

Today, you are beating the drums of a new war against terrorism in our region with security and military objectives, which I believe you will never achieve from what I know about the roots and complications of our crisis; on the contrary, it will add fuel to fire and pave the way for a new wave of extremism and violence.

War is a firearm that you can never tell who will get killed by it when you use it. Do not expect that a high tech- attack would kill only bad people. Actually, any simple mistake would kill many innocent people, and there will be one of the victims who would say: “Why should I forgive those who never had mercy on me and destroyed my life violently just because I have a relative or I am close to a person of my kind who was pushed to become a slaughterer?!”

War would promote elitism, i.e. it would give the most violent people a chance to reproduce the previous types of autocracy and exclude people from taking actions and making decisions yet again, and put them in prisons of dictators that would be similar to previous ones, but with different executers. We would be in a situation of facing again the same old problem which is having regimes depending on western support, where extremism would increase in all aspects associated with their tyranny and corruption. During this vicious war, middle class and vulnerable people would be crushed, depriving our societies from the groups that would have been trusted to undermine the roots of extremism and tyranny from within via stabilizing and emphasizing values of openness and civilization; producing modern culture; and fostering literature, arts and humanities.

Finally, combating terrorism only in a military way is deficient because it does not take into consideration diversity and plurality of society that would lead surely to empower one party on the account of another; and increase tension and polarization in an area which is very sensitive to the balance of power and authority amongst its components.

I have spent my life in Syria and what astonished me the most when the war started was the rapid influx of modern weapons while we spent decades unable to get telephones. Today I think how our life would have been if we had got production tools, machines, capital, education and health kits, experts and scientists instead of getting weapons. If that had happened, I wonder whether we would have been busy now making life better for us and for you, or we would have been busy making death for us and for others. Yet again I wonder, who is responsible for this clear deviation from the norms of human logic?

Unless my letter was dedicated to promoting tolerance, peace and devoting positive aspects, I would have written a long list of accusations and accusers in addition to mistakes made by free world and decision makers against our societies on a daily basis. In fact, I prefer to call on everyone to detect violence and injustice source within themselves and make decisions more consistent with ideals they brag about.

Humanity managed previously to get rid of major destructive tendencies, it also rescued people from blind violence without making out of it a defeat which requires enslaving those people, and instead, making out of it a chance for a bright new start. Here, I think particularly of Marshall Plan, wondering whether there is someone in the West thinking about the East in the same way. I am unable to find an excuse not to have such a person if there is a desire and will on the free world’s side to consolidate peace and security in a region suffered from wars for a long time, economic exploitation, political neglect, cultural prejudice, and developmental failure that pushed it to nihilism. I am not calling for creating luxurious societies to compete with paradise, or rewarding criminals and killers to aggravate evil inside them. However, I am calling for making our common future steps straight and balanced, not crippled as some people want them to be via war.

Therefore, if you launch and patronize a global alliance for peace and development in the Middle East, it will be a great chance for all our people particularly nowadays.

The death toll in Syria has exceeded 300,000 martyrs; 100,000 detainees; 100,000 disappearances; 7 million refugees and displaced people; and an unknown huge number of children, women and the elderly who live under extremely bad conditions. It hurts me – you might have the same feelings as well- to see your world heading for the future rapidly while our societies are deteriorating and going backward at a similar pace in a way that threatens to tear our world up. It scares and astonishes me at the same time that we all diagnosed the situation but refrained from handling it, even though we already know that our swift response to warnings can save hundreds of thousands of souls. In Islam if anyone kills a person, it is as if he killed all of mankind; and if anyone saved a life, it would be as if he saved the life of all mankind. I am pretty sure you have similar values that you believe in, and look forward to achieving your goals inconsistent with them.

Best wishes to you and your people,