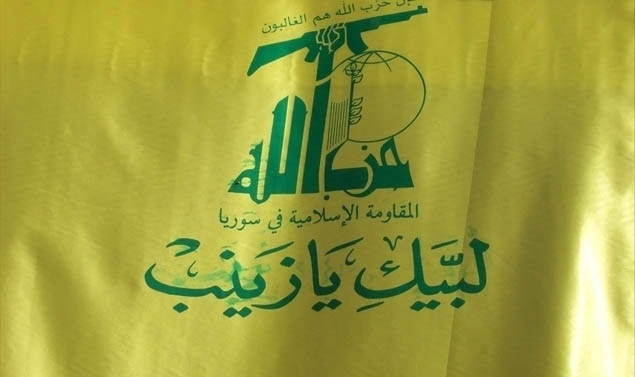 According to sources, the Iranian Revolutionary Guard in the offices of the southern suburbs of Beirut have begun recruiting Syrian civilians residing in Lebanon and young people of other nationalities to form a new so-called "Syrian Hezbollah," without the knowledge of the Lebanese government.

Sources reported that the offices are supervised by Syrian pro-Assad regime figures and are working to recruit simple youth in need for money, and are signing contracts with them in return for cash, under the name "Syrian Hezbollah."

The sources confirmed that the offices offer salaries ranging from 35,000 to 45,000 Syrian Pounds for the service of 20 days per month, and stipulated that contracts comply with all laws and internal regulations, adding that injuries are treated at the expense of the militia. In the event of death, the family is offered a payment and continuation of the monthly salary.

The Syrian Hezbollah has altered service systems leave requirements according to the requirements and current needs on Syrian territory in the fight against the rebels.

Sources reported that the mistreatment of the Syrians by Lebanon's Hezbollah and the Amal movement, along with some Lebanese refugees, and the need that Syrians in difficult living conditions have for money, correlating with the reduced humanitarian aid from international organizations, and a general lack of employment for Syrian refugees in Lebanon has forced some young people to join the new Syrian Hezbollah to fight as mercenaries.

Iran announced in May the formation of a Shiite party in Syria similar to Hezbollah and under the same name.  Major General Hussein Hamdani, a former commander in the Basij forces of the Iranian Revolutionary Guards was quoted in the Fars news agency in Persian that "Bashar al-Assad is fighting a war on behalf of Iran the same way Hezbollah does in Lebanon, and that the regime of Bashar can carry a lot in this way." The statement was quickly deleted from the site.

Hamdani confirmed the formation of the Syrian Hezbollah, which he described as "the second party of God" after the Lebanese Hezbollah, saying that "with God's help, the Iranians have managed to configure another Iranian Hezbollah in Syria."

Responding to objections (mostly by reformists) on the Iranian intervention in Syria and calls to abandon President Assad because the war was a burden on the Iranian people, Hamdani said that Iran is defending today the interests of the Islamic revolution, saying that this war is “no less important than the war with Iraq war (1980-1988)."

But observers said that Tehran’s formation of a Syrian Hezbollah was a flagrant violation of the charter of the United Nations, constituted intervention in Syrian affairs, and warned civilians that joining the militia contributing to Syrians killing each other and prolonging the conflict in Syria.

It is noteworthy that the Lebanese Hezbollah has lost hundreds of fighters in Syria, with observers suggesting this is why Iran has been called to initiate the formation.