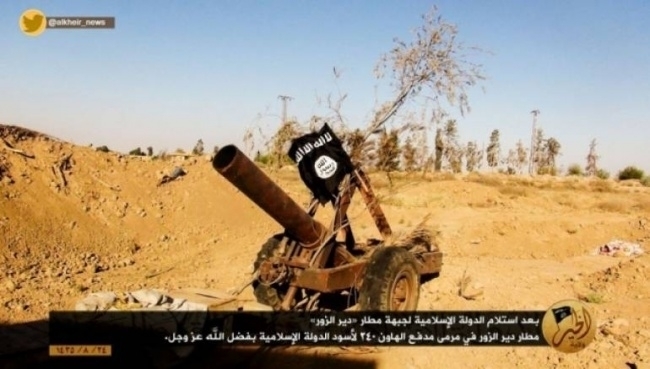 As reports emerge of heavy losses among Syrian regime forces at the Deir-ez-Zor airbase, people from the Alawite-dominated city of Masyaf demonstrated for the first time on Monday, demanding to know fate of their relatives and sons.

Families of Masyaf city in Hama province expressed their concerns after news was reported of of the possibility of the fall of the Deir-ez-Zor airport to the Islamic State of Iraq and Syria (ISIS).

Most families are scared of a repeat of the scenario at the Tabqa airport, where dozens of soldiers with the Syrian national army were killed, and the negligence of the Syrian regime towards their sons’ lives was shown.

A local activist told Zaman al-Wasl that tensions and anger prevailed in the Alawite-dominating city and that people expressed their disappointment with the regime’s attitude toward their sons and its soldiers, while it gave more interest to others.

The source confirmed that the loud chants and slogans prompted the security and military forces to fire in the air to disperse demonstrators.

Some unconfirmed reports said fire was exchanged between regime forces and the residents after forcing them to return home.

Battles around the Dier-ez-Zor airport have been intense for four days after series of attacks by ISIS.