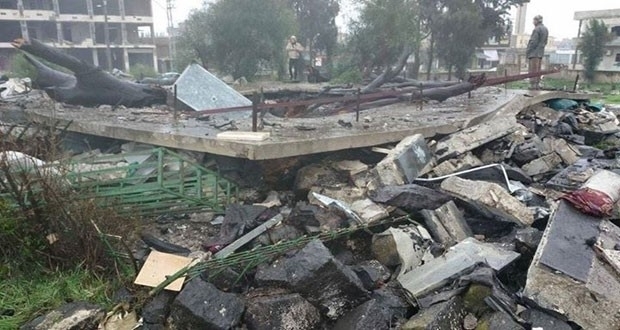 Militants affiliated to the Nusra Front have demolished the shrine of al-Imam al-Nawawi in the city of Nawa in the Daraa countryside.

A source inside the province told SANA that terrorists dug up the shrine and detonated large amounts of explosives within it, destroying large segments of the monument. Social media sites affiliated with the Nusra Front said the act was prompted by a fatwa previously issued by their leaders.

The Ministry of Religious Endowments (Awqaf) strongly condemned the terrorist attack, saying that its perpetrators seek to destroy Syria’s culture and history by targeting its holy sites.