Over 2,000 people rescued by army escaping militants in Eastern Ghouta 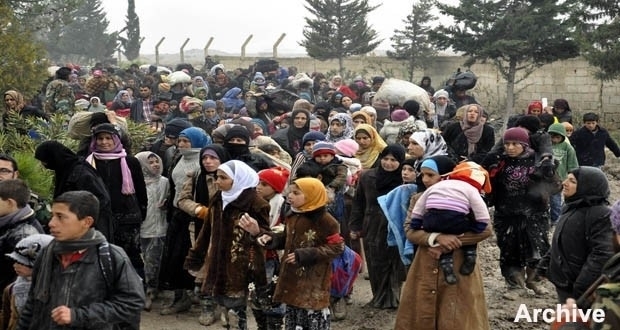 The army has evacuated as many as 2,112 people from Eastern Ghouta escaping takfiri terrorist organizations operating in the area.

In a statement to SANA, the source noted evacuees were provided with all urgent supplies for their relocation to makeshift housing centers.

Nearly 1,094 children and 639 women were among the evacuees, along with over 350 gunmen who turned themselves in to the authorities, hoping to settle their legal status.

The operation came a day after the army secured the safe exit of 1,687 people, including 824 children and 494 women, from various villages and farms of Eastern Ghouta. The civilians were evacuated through Adra al-Balad road and relocated to a temporary residential center in Qudsayya, a suburb in the western countryside of Damascus.

A series of recent evacuations have been carried out on behalf of the army to rescue people trapped in areas under the control of terrorist organizations.

Four days ago, three people turned to the army for help, with more than 160 others to follow suit the next day. The decision was not without risk – as a child, a woman and two men were injured when terrorists opened fire on families trying to stop the escape.

Residents of Eastern Ghouta have recently been subject to conservative and fundamentalist law imposed by the takfiri organizations. Among those organizations are the Jaish al-Islam and Jaish al-Ummah, which include many foreign mercenaries.

Residents of the area regularly endure the storming of their homes, and are often robbed, starved and subsequently killed.