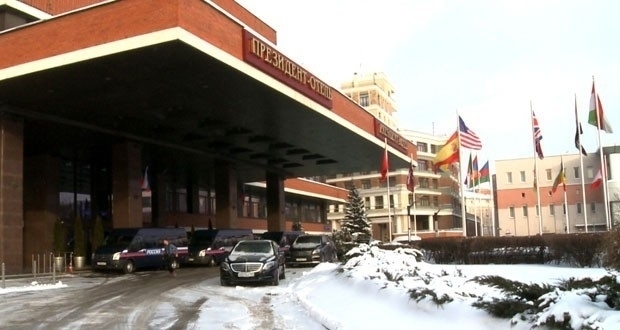 As closed-door meetings on Syria resumed on Tuesday in the Russian capital Moscow, some representatives of the opposition have spoken of efforts to find common ground among them, indicating an atmosphere of optimism.

SANA correspondent in Moscow quoted Sameer Hawash, member of the al-Shaab Party as saying that there is a need for agreement and dialogue “so that we could arrive at a political solution in parallel to combating terrorism.”

This need for dialogue, he added, is necessary given the “very sharp” differences among opposition parties in terms of their views, which therefore have to be shared in order to adopt a unified vision, or at very least a close one, on a way out of the crisis.

Something to be agreed on, Hawash stressed, is the necessity to support the Syrian Arab Army in the face of terrorist organizations such as the Islamic State of Iraq and Syia (ISIS) and the Nusra Front, with which “dialogue is unthinkable”.

Member of the opposition’s Peaceful Change Path Movement, Fateh Jamous, described the Moscow meetings as “very important”, noting that opposition parties who did not attend were seeking to disrupt the meetings.

He struck an optimistic note, saying that there is great opportunity to succeed in making big strides towards the political process, since opposition representatives present in Moscow seem to be ready to reach some sort of agreement despite the fact there are still a number of differences.

Secretary of the National Coordination Committee for the Syrian diaspora, Majid Habbo, said that these meetings provide a media and political platform to convey “the voice of the opposition”, which believes in the “national democratic project” and is separate from any international or regional projects.

Members of the Council of Tribes in Syria told a SANA correspondent that the first day of the meetings was “positive”, as it constituted a good starting point to exchange viewpoints, noting that disagreements in views were few.

Earlier, the Russian Foreign Ministry said in a statement that the closed-door consultations are held away from media coverage.

Russian Foreign Minister Sergey Lavrov said on Monday that Moscow’s consultations are aimed at providing an avenue for discussion among all Syrian sides, noting all the participating parties agree on the necessity of establishing peace and combating terrorism in Syria.