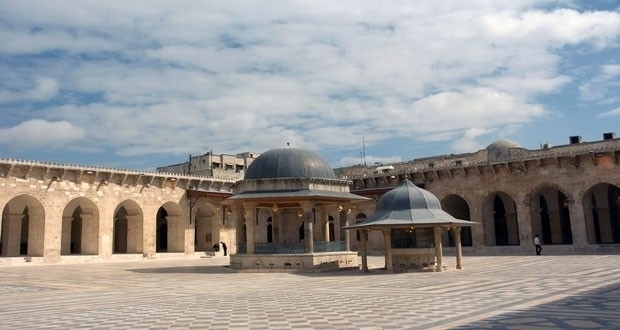 Terrorists have demolished part of the eastern fence of the Umayyad Mosque in Aleppo, in a fresh attack on archaeological and historic sites in Aleppo city.

A source inside the Aleppo Governorate revealed to SANA that the terrorists detonated explosives in a tunnel they dug under the wall of the mosque, causing the collapse of the eastern exterior wall.

It is not the first time that terrorists have targeted the Umayyad Mosque, where on April 24. 2013, terrorists also blew up the minaret and southern gate of the sanctuary.

“The repeated onslaught on the city’s archaeological sites reflect the relentless endeavor of extremists working for the Saudi and Turkish regimes to demolish the cultural heritage of the city, whose ancient history is recognized by the UNESCO World Heritage list since 1986,” the source added.