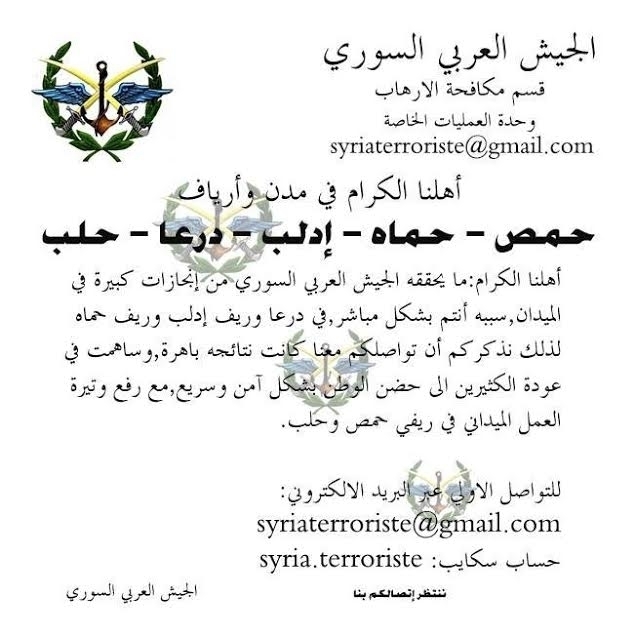 Regime warplanes have dropped leaflets urging Free Syrian Army (FSA) battalions in the countryside of Quneitra, Daraa and Damascus to surrender themselves before it is “too late".

The leaflets asked the FSA in Dael, Jassem, Sheikh Miskeen, Tafas and Yadodeh areas in the countryside of Daraa to hand over their weapons and communicate with regime's army through gmail at the following address: syriaterroriste@gmail.com.

The leaflets spoke of the "inevitable advance of the Syrian army", requesting residents and Free Army fighters to evacuate their villages immediately.

The leaflets invited village residents to communicate with the antiterrorism and Special Operations Unit departments through their Skype account: "Syria.terroriste".

The leaflets claimed anti-terrorism specialists were awaiting their communication, and that regime victories in Daraa, Idleb and Hama were thanks to residents of these provinces.