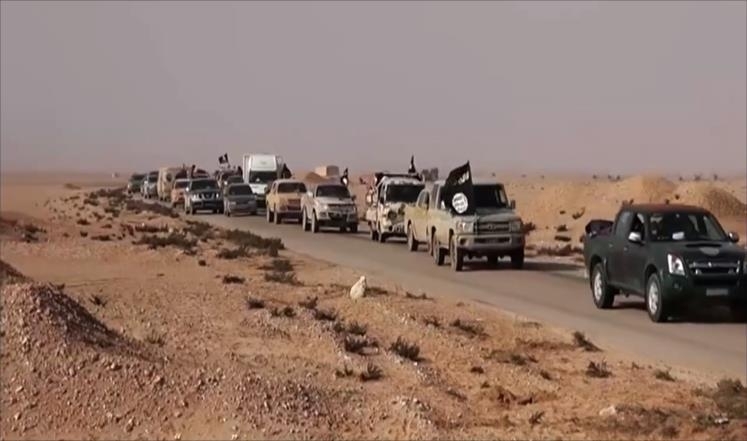 The Deir-ez-Zor Under Fire campaign has confirmed to All4Syria that ISIS has withdrawn a large number of fighters and weapons on Monday evening from several areas in Deir-ez-Zor towards Raqqa city, the organization’s stronghold.

The campaign claimed a military convoy of dozens of fighters and armored cars, in addition to some heavy military equipment, left for Raqqa yesterday evening, amid a state of secrecy within the ranks of the organization.

Fighters and Sharia judges from ISIS have also met – for the third time in February – with the people and elders of the ash-Shitat clan in the town of Abu Hamam to discuss a return to their homes. No agreement was reached.