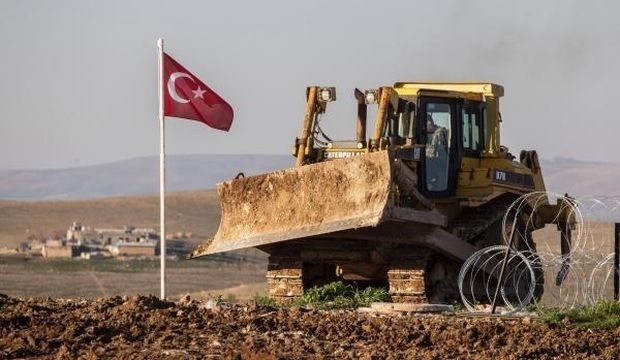 Turkey informed the Islamic State of Iraq and Syria (ISIS) of Saturday’s operation to evacuate 40 of its soldiers in northern Syria and relocate the tomb of a revered Turkish figure, sources told Asharq Al-Awsat on Sunday.

Around 570 Turkish troops and more than 100 armored vehicles rolled into northern Syria on Saturday evening in what was Ankara’s first military incursion into the country since the beginning of its almost four-year conflict.

The troops were part of an operation to rescue 40 Turkish soldiers surrounded by ISIS fighters for months while guarding the tomb of Sulayman Shah, the grandfather of the founder of the Ottoman Empire.

The Turkish military announced on Sunday the tomb was successfully relocated and the soldiers safely brought home. They said no clashes took place during the operation but one soldier was injured in an accident.

Turkish Prime Minister Ahmet Davutoğlu had said at a news conference on Sunday that Turkey had not sought permission or help for the mission, but had informed its allies in the anti-ISIS coalition, as well as the Syrian government and members of the main opposition armed group the Free Syrian Army (FSA).

But a Turkish official, speaking on condition of anonymity, told Asharq Al-Awsat on Sunday that Turkey had informed ISIS of the imminent mission “as it would anyone else,” though the source added this was only done through “indirect channels.”

“Anyone concerned with this matter was informed of it in one way or another,” the source said, adding that Ankara “had been very clear it was willing do everything within its means to avoid any clashes.”