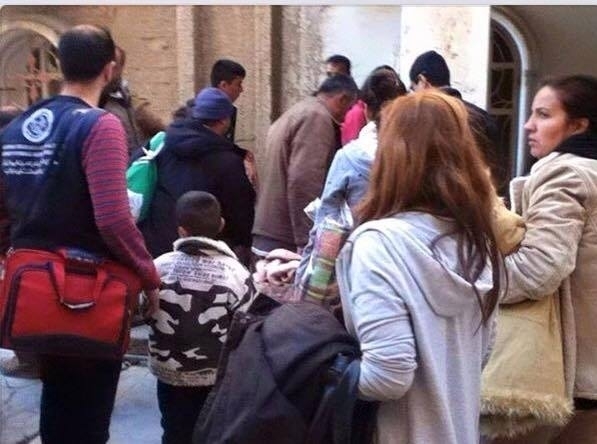 The Islamic State of Iraq and Syria (ISIS) continues to hold around 70 Assyrian hostages, most of them women and children, detained during the ISIS storming of Tel Chmiram town in the early morning hours of Monday. ISIS transferred the hostages to the village of Umm al-Masamir in the Abdul Aziz Mountains, where it is feared they will be used as human shields in their fight between the Kurdish People's Protection Units, according to the Assyrian Network for Human Rights.

Clashes yesterday saw four armed Assyrians and two civilians killed. Among the civilian casualties was 19-year-old Milad Samifrom from Tel ar-Rumman village, who was shot in the head while on the roof of his house.

The source claimed that the number of displaced families arriving in the city of Hassakeh, most of whom are settled in the Virgin Mary's Cathedral, is estimated at about 600 – suffering from a shortage of blankets, food and heating fuel. About 100 more displaced families traveled to Qamishli, where there are preparations to receive new groups of displaced people from the Assyrian towns of Tel Juma and Tel Tawil.