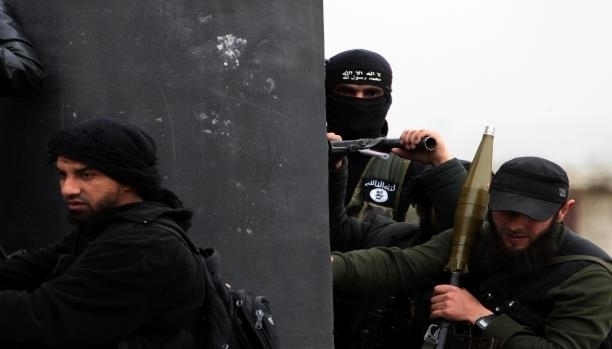 The Al-Qaeda-affiliated Nusra Front declared war on the Western-backed Hazm Movement, urging the al-Shamiya Front to evacuate Hazm bases, according to a statement issued on Thursday.

The Nusra Front, Syria’s second most powerful jihadist group after ISIS, is planning a retaliation to Hazm's assaults in Idleb and Aleppo provinces.

The Front claims Hazm killed a senior Nusra Front commander and two others four days ago, also blocking supplies from reaching jihadists in the western countryside of Aleppo.

The Hazm Movement recently escaped clashes with the Nusra Front in January, when it joined the key rebel group of al-Shamiya Front. Nusra has since cut prospects for mediation, claiming its decision to fight Hazm is irreversible.

The Nusra Front expelled the Hazm Movement and the Syria Revolutionaries Front from the countryside of Idleb four months ago, with observers claiming further fighting could erupt any moment.