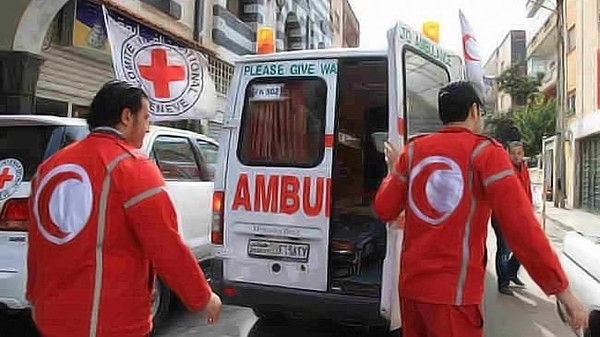 Regime forces have killed more than 600 doctors and workers in the medical field since March 2011, according to a report published by Physicians for Human Rights titled "Doctors in the Crosshairs: Four Years of Attacks on Health Care in Syria".

The organization has accused Assad's forces of targeting hospitals, clinics and medical personnel "systematically", describing the regime’s action as "crimes against humanity". The organization’s report stated that during the past four years, 610 medical workers were killed, while 139 of them were tortured or executed.

The report also referred to the 233 attacks against 183 hospitals and clinics, mostly targeted with barrel bombs.

The organization’s Director of Investigation, Erin Gallagher, said "the Syrian government has resorted to all means: arrests inside the emergency rooms, bombing hospitals – with explosive barrels – and even torture and execution of doctors who attempt to treat the sick and wounded".

The report, which was released from the United Nations headquarters in New York, said the Syrian regime is responsible for 88 percent of the attacks on hospitals, as well as 97 percent of workers killed in the medical field.

Attacks against medical personnel are considered a violation of international law, with the organization pointing out that "if the attacks are organized and widespread the way they are in Syria, they are considered crimes against humanity".

2014 was the deadliest year for doctors in Syria, with 171 medical staff killed. Last year witnessed the killing of a doctor every two days, and the targeting of hospitals every four days.